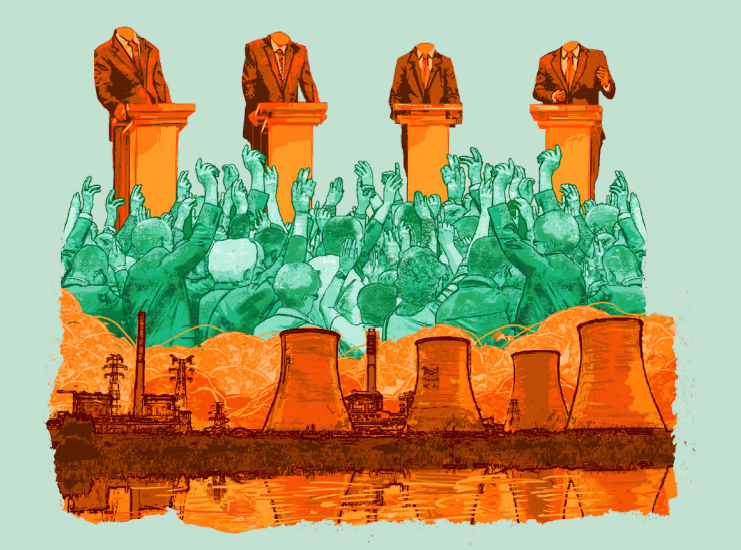 This editor's letter was first published in Stir Magazine, Winter 2023, our 10th-anniversary issue! To support our journalism, purchase this issue or an annual subscription.

It’s now been ten years since our online magazine – stirtoaction.com – launched into print as a quarterly publication. Over the course of 2023, we are planning to launch our first annual magazine lecture in Manchester as part of this year’s festival; release content from the archive, made available via our digital platform; and curate a book that revisits a decade of civic experimentation to explore what has worked, failed, and is still relevant to a disturbing pace of economic and political change. Briefly looking back, one of the most prominent debates has focused on the ‘scale’ of our efforts. If the emergence of post-financial crisis ‘economic alternatives’ was largely situated within the historical context of the decline – and the loss of legitimacy – of our collective political and civic institutions, “austerity localism” became a strong argument for building community power without a relationship to national representation. The ‘new localism’ – part of an obsession with scale – would claim that the ‘local’ was more inherently democratic, focusing on ‘placemaking’ at the neighbourhood level. Others were focusing on the potential of institutional reform, with local government and city-regions becoming a new site – at least for the first time since the 1980s – for transforming local economies. Within the UK, institutional strategies – a ‘bureaucratic insurgency’ – would focus on non-extractive economic development as the devolution of social welfare functions from national government without funding intensified during the ‘lost decade’ of austerity. While still others, despite serious reservations about our political system, were not only involved in mobilising for political parties, but also in influencing significant changes in policy platforms, especially in relation to ‘democratic public ownership’ and ‘worker ownership’ under Corbyn and McDonnell’s leadership of the UK Labour party. To build more ‘institutional memory’, this year we’ll create space in the magazine, festival, and other events to continue the conversation about what we can learn from the last ten years, as part of our commitment to explore the most effective strategies for political, economic, and social change.