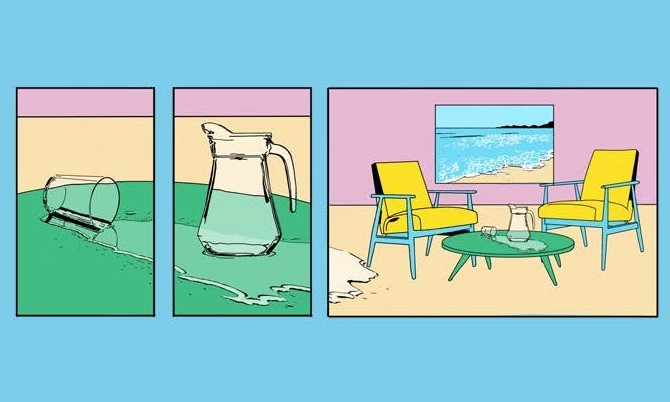 Open Collective, launched in 2016, is a funding platform and fiscal host system that enables communities around the world to raise and spend funds in full transparency. On the platform non-profit groups can raise money from backers and sponsors, and pay expenses, with complete transparency in terms of how they receive and spend money. We talked to Pia Mancini, one of the founders, about how the organisation has evolved and where they are going next.

You launched in early 2016. How has the organisation and the community of Collectives developed since then?

It’s been quite the journey. Last year we started to turn a profit, so Open Collective is now on a sustainable path. We started growing very strongly at the beginning in the open source community. Because open source was sort of zero to one, they were already very good at organising online; they had the tools to collaborate. The storytelling around funding open source had already started to grow a little bit when we started and I think we pushed that narrative a lot. We were part of a group and it was ripe for something like Open Collective. It was definitely the organisation that took off first and really strongly. We’ve raised $21M for the open source community since we started, from 42000 contributors.

During the COVID-19 pandemic, we realised we had to do our bit for the world, so we decided to go to zero fees for COVID-related groups. We provided them with a fiscal sponsorship service or they could use our charity and our platform for free. So that was our contribution to the state of the world. That actually kick-started a whole unexpected growth in the solidarity economy for Open Collective. In the last 12 months we’ve raised something like $17M for that community, so it’s been a huge success story. We started working very strongly in the solidarity economy, with solidarity as our guiding principle and strategy. The application of that – solidarity in action – is where we are currently. We’re a global platform: we have about 700 non-profits that are using the Open Collective platform to support something like 7000 or 8000 communities around the world. In the last 12 months they’ve raised $37M altogether. It’s definitely a growth story and what’s beautiful about this is that it’s coming from a genuine spirit of solidarity. All of that kind of came out from us saying, okay, we’re just going to give up all our revenue, because if we don’t have a planet it doesn’t really matter, right?

The scaffolding is built for radical transparency.

Open Collective prides itself on transparency and openness in terms of how funds are received and used by Collectives. How has this shaped the platform, both in terms of the design of the software and the groups it attracts?‍

Open Collective – the platform, the company, and the non-profits – are transparent by design: there is no private Collective option, all the transactions are there, you can see how the money is being spent, and who’s giving money to us as a community. Our financial data is published online monthly; most of our meetings are recorded and published online. But even beyond that, Open Collective is open source so you can see the source code API roadmap, and all our issues are discussed on GitHub which is also transparent and open. The scaffolding is built for radical transparency.

But also we are making an effort to lower the technical barrier for folks to access Open Collective. It’s not just about being transparent, it’s also about how people can access data, because even if you have an open API, it’s a very small subset of people who can go in and look at the API and figure out what on earth is going on. So we not only publish the data and try to make sense of it, but we are also making an effort to be more conscious about the different accessibility issues on our platform and we have a whole new accessibility vision to try to make the platform more accessible.‍

You’ve described Open Collective as ‘a new form of association for the internet generation’. Is the platform attracting a lot of younger users?‍

I would say yes, although we’re a funny company: we don’t track our users and we don't have any personal information from our users, so I don’t have an answer to that question. Intuitively I would say yes because we’re very strong in the open source ecosystem and the climate justice fight, and that attracts young people, but also in the solidarity economy. ‍

Open Collective also offers ‘fiscal sponsorship’, whereby a legally recognised entity can act as an umbrella for smaller, unincorporated projects. Has this been a successful part of the platform?‍

Essentially Open Collective is two things: it’s the platform itself, so the tech, where you can have a minimal organisational structure, you can receive and spend money, you can manage the money, you can have expenses, create events – that’s the platform that’s being built by Open Collective Inc. which is a company. The other part of the offer is a not-for-profit that acts as your fiscal sponsor. We created several not-for-profits and by far the largest not-for-profit ones there are those that we created, but we also allow for any other non-profit to use the platform to host their own community. The non-profits offer fiscal sponsorship as a service, and Open Collective enables that to happen at scale, transparently and safely.‍

Could you give some examples of how you see the ‘decentralised’ financial model of Open Collective helping communities achieve economic autonomy and stability?‍

The current financial system is designed for corporations. The assumption that underlies our financial system is that corporations are entities that operate in a scarcity-driven economy, and they compete with one another. It’s not that these assumptions are wrong, but they are dated: we once needed something like that, but we evolved and it didn’t catch up. So the assumption that you need to artificially create the space for collaboration by building this thing called a firm doesn’t make sense any more because the internet replaced that as the space that optimises for collaboration and sharing. The costs of collaborating, communicating, sharing today are zero; the marginal cost of someone using the internet is zero. So we need a financial mechanism to fund these collectives that came together using the internet, because the way we operate online starts building a type of way that we begin operating in society as well.

In our generation you belong to a ‘collective’ for a little bit and then you want to do something else; you have multiple identities, you collaborate in multiple things at the same time. You don’t have that cradle-to-grave mentality anymore, so we need to figure out organisations that reflect how we feel and organise as a society. For us, those are the Collectives, the communities. The problem is that for those communities to access funding they need to become something that they’re not. A corporation, whether it’s for-profit or not-for-profit, has to have a territory, a hierarchy, or some sense of ownership and institutional leadership. So many ideas and projects don’t come to life because we’re forcing them to become something that they’re not, and costs start very high. So we want to be the financial infrastructure for those communities. We want to enable this decentralised way of funding where companies or individuals can give money to these individuals regardless of where they are in the world, and these communities can receive them and operate as if they were an entity.

I think that the next step of this is what Web3 and DeFi (decentralised finance) are doing in the crypto ecosystem, but that kind of ecosystem has not figured out how to connect with the legal system. At the end of the day you need an invoice, you need to rent a house or a flat, and you need to prove employment of some description. So Open Collective is trying to bridge the gap between decentralised finance and a connection to the legal system, because we feel we still need it. At the same time we are helping communities do philanthropy themselves: Collectives that are receiving a lot of funding are giving grants to smaller Collectives. So instead of the philanthropy being concentrated on five or six large stakeholders that give you a lot of money and have a fair bit of opinion, the Collective itself is doing the philanthropy, and also doing the employment. Through the non-profits and through our network, Collectives are employing their own communities. It’s really creating that scaleable decentralised economy where the community is in the centre.

I think of this as infrastructure for the commons, and that’s how I see Open Collective.

One of your missions/values is centred around resilience, to ensure the organisation’s continuation beyond its founders. How do you plan to ‘future-proof’ Open Collective, and are there any changes or developments in the works for Open Collective in the next couple of years?‍

We’re starting to think about ‘exiting to community’, figuring out a path to community ownership of the company, so we can ensure that Open Collective’s mission is secure for the future. We’re trying to figure out the different structures: how can we safeguard Open Collective’s mission for the future? There’s a reality that I’m not going to be at the helm of Open Collective forever, and also our investors’ money needs to be returned to them. But it’s not just financial, it’s also about the governance of Open Collective: how can we make sure that Open Collective’s not being co-opted or sold, or its mission destroyed for the sake of growth? We’re exploring something like a steward-owned company or a purpose trust that owns the company, whose mission is to safeguard the mission or the values of Open Collective. I guess in my wildest dreams it would be some sort of revenue share model with everyone who owns a little bit of Open Collective around the world, and an efficient governance structure that has built in a transitional model for stewards. My goal is that in two years we’ll at least have the next set of stewards of Open Collective working alongside us, allowing us to, if we want to, transition out. I want the commons to own the platform, not only economically but also in terms of governance. I think of this as infrastructure for the commons, and that’s how I see Open Collective. I think that tech for the commons should be owned by the commons. It’s very difficult for the commons to start something like this, because again you need to be something that you’re not. We needed to be a company and raise money, and if it had been now that would be different, because of the Web3 world and the DAOs (decentralised autonomous organisations) meaning you can start being something you’re not, but we want to figure that out. It might be a DAO, it might be a trust, it might be a multi-stakeholder owned governance structure, but it’s infrastructure for the commons and should be owned by the community.

Pia Mancini is a democracy activist, open source sustainer, and co-founder & CEO at Open Collective. She is also a co-founder and Chair of Democracy Earth Foundation, a Y Combinator backed organisation dedicated to developing technology for democracy around the world.