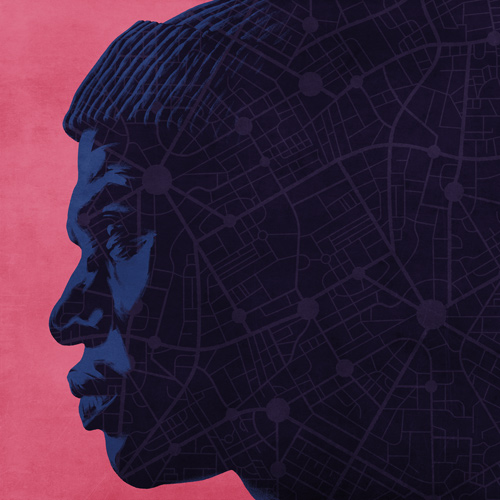 My parents are boomers. When as a child I’d chirpily outline a plan to live outdoors, giving away any extra money I had, my dad would look at me and deliver the standard disappointed head shake. The idea that you can’t have human security without money and you can’t have money without environmental sacrifice was something he had accepted; and anyone who flouted that rule was foolish, idealistic, and probably in danger. I learned young that to mention environmentalism was to debate economics, and I learned that for a significant proportion of the population the economy always wins (hello 70 million US citizens). I’m now 40 but the situation remains the same. So what do we do?

The system is awful, destructive, senseless, horrifying and it must be changed. But, to reach those millions for whom the economy rules all, and turn their habits into environmental positives, I’ve come to the conclusion that change has to start from within. I’ve been (and still am) an activist, petitioning, MP-writing rebel; but I don’t think those movements will truly scale. All too often I feel like I’m just participating in creating a slightly larger echo chamber.

The ‘economy-first brigade’ irks me to put it mildly, but with my dad in mind, I have recently been exploring what it means to meet them where they are. For me, I literally put my money where my mouth is: I quit my job and founded an environmental start-up, a profit-making organisation with a climate justice mission. I figured that a smart way to tame an anti-environmentalist, or calm a climate cynic is via something that they do every day: through buying stuff. It’s taboo, it’s potentially a bit capitalist-y. But bear with me. How about if we look at it as a ‘hook’, or – actually, more cunningly – ‘bait’? By reassuring the doubters that you have actually thought about the economic consequences of your proposals and that according to your research, green business (and I mean truly green, ie. regenerative) is good business, you create a space for interest, curiosity, and conversation. I’ve kind of been blown away.

Using terms like ‘increased profit margin’ and ‘bottom line’ has opened countless doors. Frowning (yes mostly white, yes mostly male) denizens of business have softened as we speak. Massaging the economy muscle in the tight necks of our financially focused friends, relaxes them into wanting to hear more. You may at first get a patronising ‘look, nobody wants to see the world burn but we have other fish to fry’, but give it some time and some gentle monetary stats and before you know it, you’re talking about David Attenborough and agreeing that really something must be done. (In my former guise as only an enthusiastic activist, I often triggered (at best) existential fatigue and (at worst) utter rage.)

In fact, right now there is an incredible opportunity to bring all of this together. This year, as challenging as it’s been, has activated the potential of collective and compassionate action as well as the possibility for massive change, at speed. I suggest that we tap the energy of this moment to find our neighbours, friends, families and colleagues of all persuasions and invite them to continue to imagine and create new sustainable, affordable, healthy communities with strong local economies. Sounds good, right?

It may be obvious and it may be impossible to do anything else, but I suggest that we start where we are. Take local shops: building them back up next year offers an opportunity to support new ideas and seed them out to the many people who pass through their doors each day, whatever their view of the climate crisis. If we put our money where our mouths are to help business owners feel confident to sell local, organic, plastic-free products, the ripple effect promises to be substantial. In a safe space, like a local shop, with a safe mission like supporting a local business, conversations can happen and behaviours can shift. You could be the person to suggest the changes. Feel free to reference recent research which suggests that for every £10 spent with a local business £3.80 stays within the area supporting jobs and keeping our neighbourhoods lively. Or perhaps mention that zero waste shops actually demonstrated growth during the pandemic.

When new concepts, apps or indeed start-ups emerge to help you achieve that goal, then support them, too. When truly sustainable businesses do well then the economically-driven sit up and take note. Some of us must glue ourselves to buildings and some of us must walk inside and gently guide the leaders of the masses to the light with a chain of carefully placed economic arguments. I test mine out with my dad. In the midst of the unknowns around the US elections dad was talking about what a Biden presidency meant for him and why he cared about change. Despite being very practical about the economy, the first thing on his list as to why Trump needed to go was climate change. He told me as he put his tote bags in the car before going to the shops. Somewhere along the line, to use a pertinent saying, the penny had dropped.

Postscript: For anyone who is interested in gaining a deeper understanding of potentially better frameworks for a relationship between environmental activism and economic stability I recommend: tuning into the New Economics Foundation podcast or reading their literature, reading Kate Raworth’s Donut Economics, signing up to the edie newsletter, subscribing to Ethical Consumer, and following the global B-Corp movement. For the politically-minded there is Green New Deal UK which focuses on the economic potential of a green new deal (and yes, one that is more ambitious than Boris’ recent 10 point plan).

The Secret Community Leader column is published in partnership with Practical Governance.

After the publication of this column, Stir to Action and Practical Governance hosted an open, online discussion to explore and debate the themes raised.

If you would like to take part in future discussions, or would like to become the Secret Community Leader in a future column please get in touch via hello@practicalgov.co.uk‍