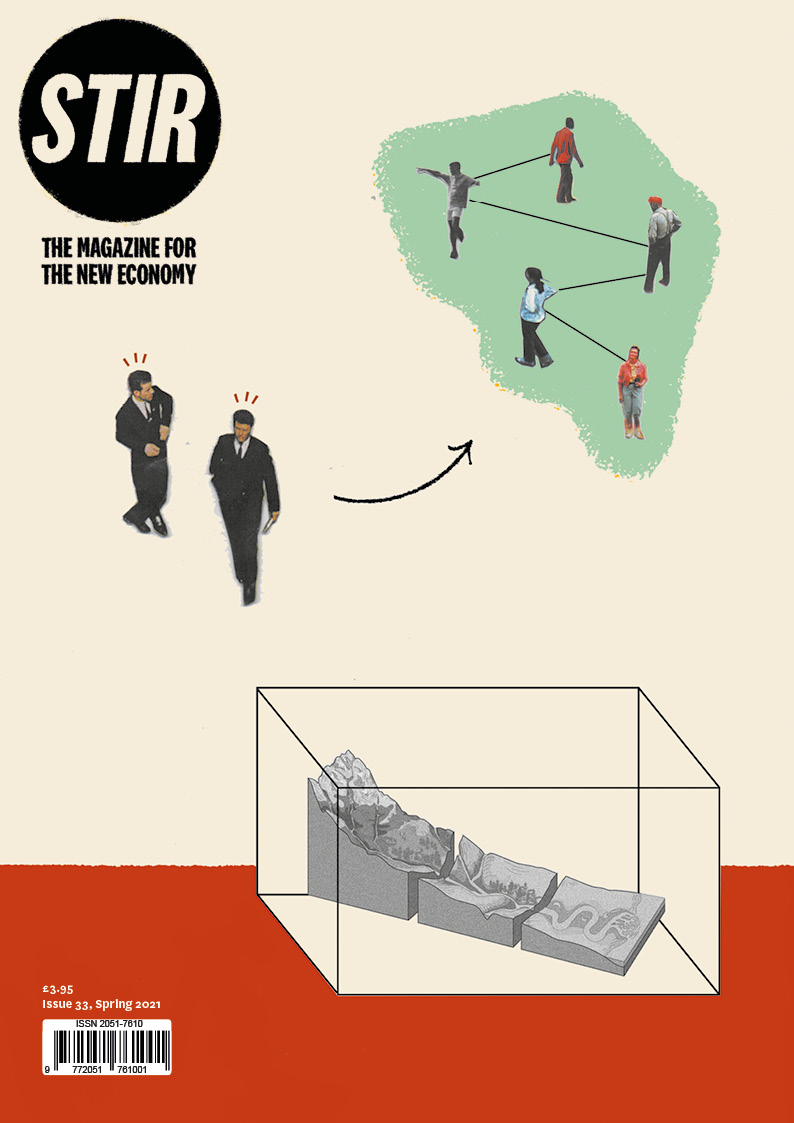 We've just published our Spring 2021 issue, and you can order your copy here.

“Loconomics, a startup that offered shared services to freelancers, became a darling of academics and allies interested in platform co-operativism. But while academics secured grants, Loconomics struggled to gain traction. Appearances at conference panels and in magazine features never translated to enough funding or users to scale. So, after six years of bootstrapping, product pivots, and one big break that didn’t pan out, Loconomics came to an end in 2020. In this interview, Danny Spitzberg talks with Loconomics co-founder Joshua Danielson about his journey.”

“It is important to understand that in the early and mid-19th century, the state wanted to dissuade militant working class organisation as much as possible. This is most readily seen in the hostile attitude taken toward trade unions, but it is also apparent in the ostensibly ‘enabling’ and permissive approach taken to co-operatives. Sometimes the best way to control a social movement is not proscribe it, but to legitimise it.”

“Kindling Farm will be launching a community shares campaign to attract community investors to purchase a farm on the outskirts of Greater Manchester. This 128-acre site will become a farming blueprint for the future: using agroecological methods of farming, it will supply the region with much needed local fresh produce, while giving a voice to the surrounding communities in how their local food system is run.”

“While conversion to employee ownership would release funding and give employees a stake in the business on the back of “friendly funding”, the rules needed to secure this particular tax treatment would challenge our desire to achieve co-operative status and full employee participation.”

“The Kurdish liberation movement is arguably one of the greatest social movements, not only of our time, but in history. It has withstood the full spectrum of state brutality, yet it has made enormous gains in perhaps the strongest municipalist movement in the world in the Kurdish regions of Turkey and birthed the Rojava Revolution.”

An A-road to Co-operation in Birmingham – Tom Wragg

“Stirchley Co-operative Development (SCD) formed in 2016 and is a multi-stakeholder co-operative aiming to improve the local area by constructing an ambitious affordable housing project and new retail space as part of the existing high street. The high street building will surround a community garden and courtyard, next to a shared community hall for meetings and events, and on the roof, a garden and solar panels.”

“Can’t rent, can’t buy. This is the ‘affordability gap’. The market and state aren’t stepping up with equitable solutions to deal with this intermediate housing deficit. Enter the Mutual Home Ownership Society (MHOS). An MHOS combines the benefits of a Community Land Trust (CLT) –- which holds land in perpetuity –- and housing co-operatives –- which give democratic control to the residents.”

“In contemporary science fiction, Kim Stanley Robinson is something of a titan. His books tend to be a little titanic, too, both big, and often about big disasters involving humans, nature, and technology. His characters are more often scientists, policymakers, and bureaucrats than space pirates or rampaging AIs, but the stakes are as high as in any multi-dimensional sci-fi caper. Sometimes those characters might save the world. Sometimes they rearrange the deck chairs.”

“It turns out these seemingly immutable positions can be changed. It is possible for a parish councillor to be a genuine Community Leader. But in doing this we need to re-engineer the relationship between the people and the council.”

“I've seen folks really focus on the organising side of things in trying to gather the people and how hard that can actually be with life constraints. Yes, include the desires of the organisations and personas of people you want to serve in the initial designs of your product and services. But then work fast to bring your product to market and allow the rest to get figured out.”

An Interview with Peter Hallward – The Will of the People

“Despite the vast literature that considers the freedom of the will, and the degree to which this freedom might be negative or positive, or else compatible or incompatible with various kinds of causality and determination, most discussions (when they don’t simply dismiss it as an illusion) take for granted that the will is an essentially private and inward form of introspection.”

“Even radical left spaces in Britain have in recent times lacked attention to food and care provision, and part of this is undoubtedly due to the devaluing of feminised labour. Community responses to Covid-19 have gone a long way towards breaking through this blind spot, as the scale of need soared to be met with ever more initiatives by mutual aid networks, in which leftist organisers and activists have played a key role.”

“A trade union perspective can help ensure that socio-ecological issues do not remain the concern of only the relatively wealthy and educated, but instead promote engagement at every level of society.” ∞