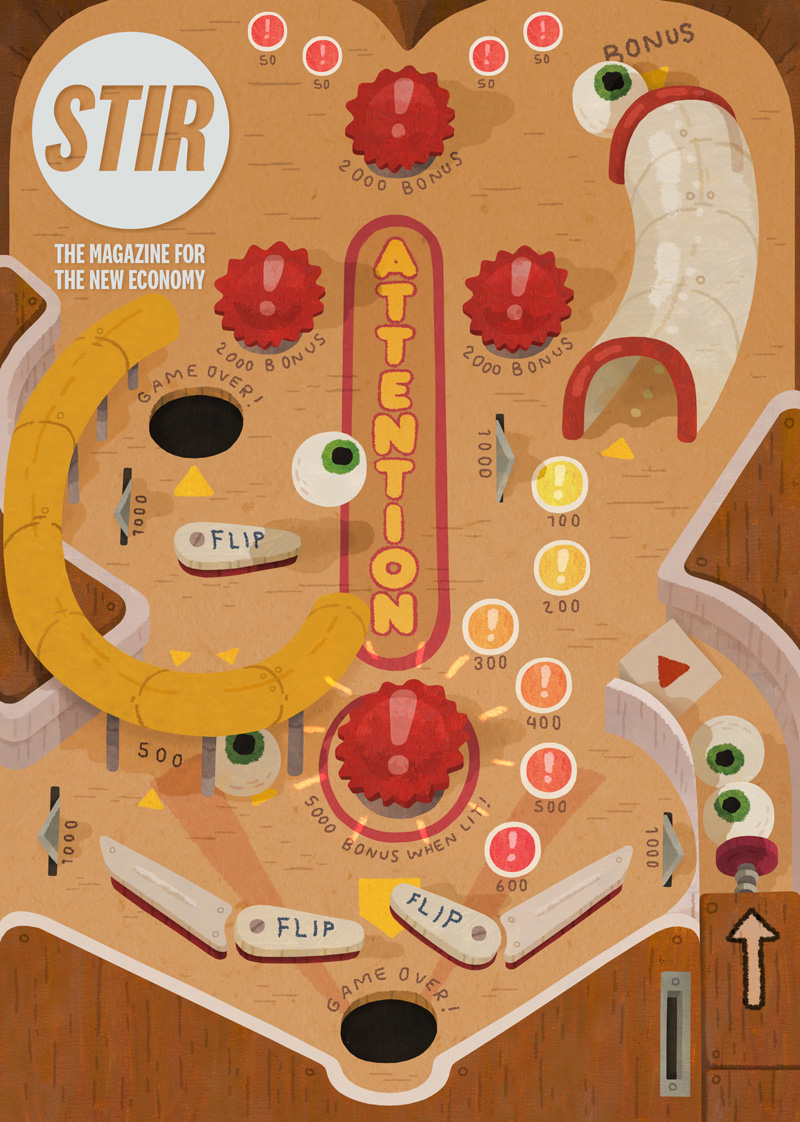 This editor's letter was first published in Stir Magazine, Spring 2022. To support our journalism, purchase this issue or an annual subscription.

Our ‘attention’ is not a new problem and it has been more intensely politicised over the last few decades, from surveillance capitalism to technological determinism. But does our so-called ‘pathological attention deficit’ have an impact on our political and economic agency? Should we be talking more about its implications on collective problem solving and efficacy?

For decades, there’s been debate over the concept of the ‘democratic deficit’ and the decline in collective institutions, but where political engagement – attention – has reappeared more recently, it’s short-lived, superficial, and most importantly, individualistic. This is what Anton Jäger has recently called ‘hyper politics’, which he defines as a “specific focus on interpersonal and personal mores…[and an] incapacity to think through collective dimensions to struggle.”

It’s confusing that over the last few years 'hyper-politics' has actually been leading to higher levels of ‘participation’. But this participation has often focused on immediate solutions and almost exclusively uses a ‘movement model’ of politics. While it’s been a useful model, as Ursula Le Guin has said of Occupy Wall Street, it suffers from a “lack of structure and stamina for the long run.”

So can we move past this ‘presentism’ – only responding to immediate problems and disengaging from long-term thinking – by addressing the attention crisis? Can this be the start of a process of reviving interest in building organisations, institutions, and other associations that can build significant political and economic powers? ∞