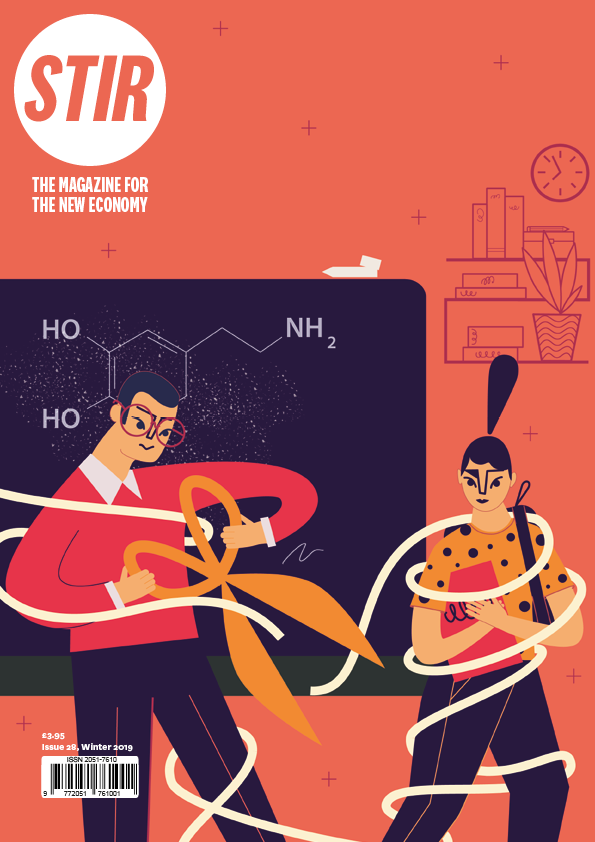 We've just published our Winter 2020 issue, and you can order your copy here.

“Whatever happened to the big ideas? Surely now, when the world burns and inequality tears at the ties that bind us, we need new big ideas? When people at the top of the Church of England, the Royal Family and the Bank of England talk about reforming capitalism and when the World Economic Forum and the Bretton Woods institutions worry about climate change and inequality, who’s thinking big? Can small-scale ideas really save people from deep-rooted structural inequality and impending climate catastrophe?”‍‍

Going Upstream: What is the Future Role of Local Government? — Jenni Lloyd

“The work of local government is fundamentally important. Councils are the primary provider of numerous essential services, which make people’s lives liveable on a day-to-day basis.They also embody the closest relationship between state and citizen but for the most part that relationship is fairly transactional, with many people only really considering the council when annoyed by a late bin collection or in need of a new parking permit. And yet, the decisions made by councils fundamentally affect the fabric of the places and the nature of the communities in which we live.”

‍“Community organisations have stepped forward where the state has stepped back over the last decade...But we shouldn’t misunderstand this: communities are not just filling in; they are delivering something different and of value.”‍

‍“I have spent several decades rejecting the idea of being a leader, not because I have a blind spot about the role I have assumed in groups, communities, organisations, and even friendship groups, but because I have had an unconventional and nomadic lifestyle. I have lived in several places and never viewed myself as having a ‘career.’ I have refused to climb a particular professional ladder.”‍‍

‍From What is to What If? Unleashing the Power of Imagination — Rob Hopkins‍

“We are relentlessly bombarded with information, all vying for our attention, to the extent that many people fight a daily battle with distraction. Author Hugh McGuire describes ‘the unavoidable siren call of the digital hit of new information’ and explains how digital technologies have changed the way he works. ‘Work on something important, brain itch, check email, dopamine, refresh, dopamine, check Twitter, dopamine, back to work. Over and over, and each time the habit becomes more ingrained in the actual structures of our brains.”‍‍

“We launched our first application process in July 2019 at our Playground for the New Economy festival in Frome in partnership with Power to Change, an independent charity supporting community businesses across the UK. We received nearly 50 applications for a fellowship exploring the role of wellbeing and mental health in community leaders within a newly emerging business sector.”

Right of Reply — Doubling the Size of the Co-operative Economy

“The New Economics Foundation really welcomes Les Huckfield’s Minority Report: Doubling the Size of the Co-op Economy. While we struggle to find proposals with which we disagree, where we do take issue is with the juxtaposition of a national policy framework versus a local economy basis for achieving our shared ambition of more co-operatives.”‍

“Does the New Economics Foundation (NEF) really get co-operatives? Too many policies from NEF and the Democracy Collaborative seem to envisage co-operatives working within existing economic structures, rather than providing a basis for an entirely different and alternative local economy.”‍

The Future of Co-op Development: Building on our Legacy — James de le Vingne‍

“So, how, in the absence of any new funding or Co-op Development Agency, can we build on the knowhow and capacity of the existing practitioner network to create a diverse and inclusive ecosystem and what roles can those with a co-operative development agenda play?”‍

“The experiment exceeded Joseph Jacotot’s expectations. He asked the students who had prepared as instructed to write in French what they thought about what they had read: He expected horrendous barbarisms, or maybe a complete inability to perform. How could these young people, deprived of explanation, understand and resolve the difficulties of a language entirely new to them? And how surprised he was to discover that the students, left to themselves, managed this difficult step as well as many French could have done! Was wanting all that was necessary for doing?”‍

"I would invite your readers to think of capitalism as a way of capitalising the commons. Capitalism is an essential part of ‘decommonification’, extracting value from common and public goods. By putting it in the market, it can be traded, taxed, and redistributed. Commonification, on the other hand, is taking certain assets out of private markets and reclaiming them as public or common goods."