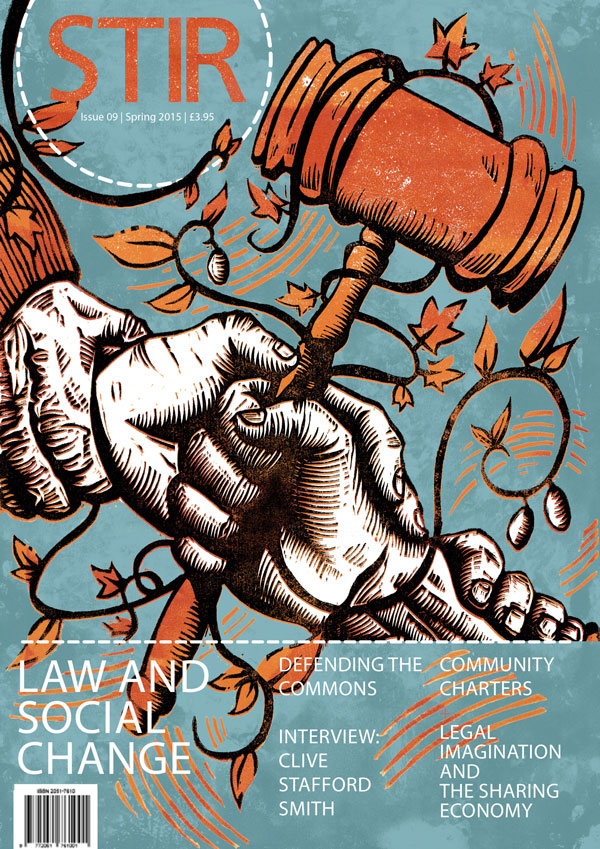 “Capitalism wasn’t always an organic and dominant system. Before it achieved its status as a full mode of production, i.e. as a coherent way to create and diffuse value, as a form of society and civilization, it needed to hack the old society to mold it to its image. Karl Polanyi, in The Great Transformation, explains how early merchants were still dependent on artisans and guild labor for example (the so-called “putting out” system), and could not rely at first on making labour a commodity itself."

“Most people are aware of the climate crisis. Many are also aware of a growing and troubling gap between the world’s rich elite and “the rest,” especially the radically poor. Many are also aware of an increasing sense that a comparatively insulated plutocratic elite now benefits from the restructured economic arrangements of the contemporary neoliberal world order, precisely as growing numbers of ordinary citizens struggle to face an ever more uncertain future. ”

“Twenty public-spirited lawyers could save the world’. What kind of lawyer comes to mind when we read this pithy phrase? When Paul Hawken surveyed the ‘blessed unrest’ bubbling under business-as-usual in 2007, he turned, like so many others, to notions of human rights as the glue of these alternative worlds. And it is all too likely that for many, a human rights lawyer, a legal aid lawyer or perhaps an environmental lawyer would come to mind – lawyers embedded in spheres and communities we think of as ‘social’, ‘public’ or ‘ecological’ in ways that we implicitly oppose to notions of ‘the economy’.”

“The Commons Preservation Society (CPS) is considered to be the oldest of the UK national ‘amenity’ bodies – voluntary organisations set up for the purpose of preserving the art and architecture of the past. However, it was founded in the 1860s as an organised pressure group with the ambition of protecting the parklands and heaths that were at risk of a new wave of enclosure associated with rapid urbanisation. The group were hugely successful, campaigning effectively for the preservation of significant portions of the English countryside. Called ‘commons,’ these newly protected sites – including Hampstead Heath and Epping Forest – became emblematic of a wider movement to recognise open spaces as a critical part of national heritage. Yet situating the Society in terms of longer trajectories of radical politics is complicated.”

“For many centuries in English history, going back to the time of the Magna Carta and earlier, commoners had a custom known as “beating the bounds.”  This was a kind of ceremonial walk around the perimeter of their common land.  It was a way of establishing community control over their shared wealth and reclaiming any private takings of the forest or pasture.”

“Between 29th May and 1st June last year, the Permanent Peoples’ Tribunal held a hearing in Montreal to investigate the Canadian Mining Industry in Latin America at the request of a group of more than forty Canadian civil society organisations mainly based in Québec. The Permanent Peoples’ Tribunal (PPT) was established in Bologna, Italy, in 1979 as an ongoing legacy of the 1966-67 Bertrand Russell Tribunal on the war in Vietnam. The Tribunal is an example of a peoples’ or citizens’ tribunal, established not by the state as an official court, but by civil society organisations.”

“The concept of the commons is typically addressed in terms of physical resources, namely food, land and fuel. As a field of discussion it draws from a lament for the commons we have lost, namely of the pre-enclosure subsistence arrangements supporting communities composed of intertwined responsibilities and practices; or of a fear for commons we are losing, whether common fishing stocks or arctic sea ice. Recent discussions have drawn also from the recognition of new urban commons formed at the margins of the ordered public space, and of the new forms of protest and reclaiming space driven by re-articulations of space and sharing.”

“Most governments around the world – not limited even to repressive governments – seem to enjoy fear. If they have their population afraid, the population is focused on that fear as opposed to issues that might be critical of the government. One of the fascinating statistics I saw recently was that if you were to compare the number of Americans in the last ten years who have died from terroists events – defined broadly – compared with the number of Americans who have drowned in their own baths, many more have drowned in their baths.”

“It feels like we are at a tipping point for community action in defence of our living world. Movements such as Lock the Gate in Australia, Community Bills of Rights in the States, La Via Campesina and Transition worldwide, and now Community Charters in the UK are mobilising communities around rights and responsibilities towards future generations and to the earth.”

Shaun Chamberlain — The Law of the Land

“Land is – or should be – invaluable, perhaps even sacred. It is not only a place to live, but also a source for food, for water, for fuel, and for sustenance of almost every kind.  Land management choices have profound impacts on our ecosystems and environment, and thus on our health, well-being and collective future. Hence the politics of land access, and the laws that emerge from it, fundamentally shape our lives, our world and our legacy. Yet in Britain, something is radically wrong.”

“If we see neoclassical economics, modern consumer capitalism and the rise of corporate power as the twentieth century concrete that smothered the natural world and paved the way for the Anthropocene, Earth jurisprudence or ‘Earth laws’ are the ancient seeds re-emerging from the soil and forcing their way through cracks in the concrete, disrupting and deconstructing our post-industrial revolution economy and human-centred laws and helping us return to Earth centred, community-scaled governance. ”