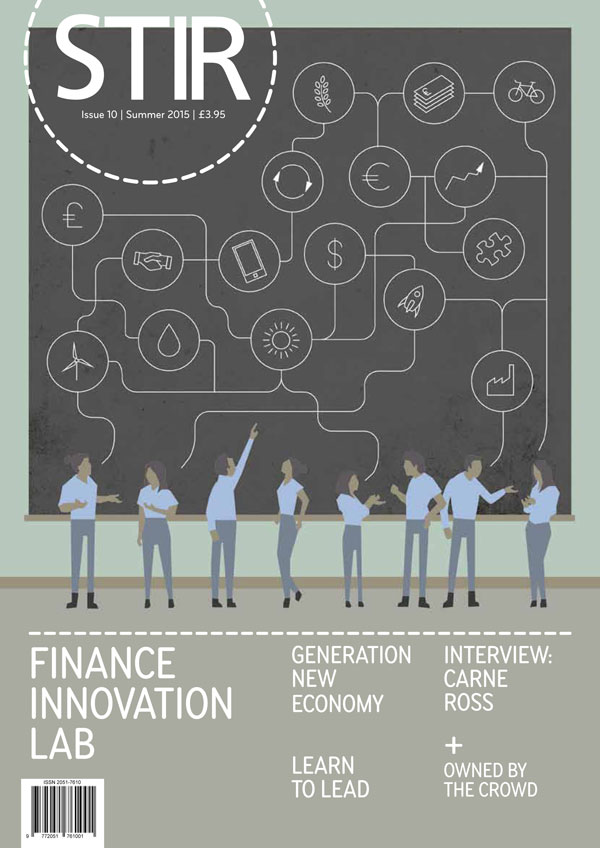 “Over the coming months, in the lead up to the annual UN climate conference, this time in Paris (COP21), we will see politicians escalating the rhetoric about this being a a historic moment, crossroads, nay, a last chance, to confront the climate crisis. Another year, another UN climate conference, and we’re all set up for another round of frustrated hopes and confirmed fears.”

“Alternative currencies should be considered an essential part of every communities toolkit for discovering a greater degree of economic sovereignty over their lives. But are localised alternative currencies enough to challenge the power of a financial system that is global in its reach? Can the lessons learned in these communities be taken from the local to the global?”

“When things go wrong, we want to blame someone – especially someone other than ourselves. So it’s understandable that we feel frustrated with the attempts of those at the top to evade responsibility for the misdemeanours of the financial sector. Many people would be happy to see a senior banker sent to jail for their role in the reckless behaviour that led to the crash of 2008. Less prominent in public debate, but no less serious, is the long-term social and environmental damage caused by an industry geared to serving itself.”

“Seeds are, perhaps, the most abundant natural resource on the planet. One Russian thistle plant produces 250,000 seeds. Unlike wind, water and sun, seeds are also the only renewable resource whose reproduction we humans can influence. Indeed, we have had a direct relationship with seeds for as long as humans have been cultivating crops, about 10,000 years. This fact makes seeds, perhaps, one of the oldest commons that humans have organised to share with each other. Yet, the idea of seeds as a commons has been rapidly erased by the industrialisation, commodification, and commercialisation of our relationships to seeds and seeds themselves.”

“Learn to lead is an organisation dedicated to community engagement and collaborative activity that has arisen ‘grassroots up’ since its initial inception at a secondary school in Somerset in 2002. The approach that developed out of that pilot community transformed the culture and activities of the school, its students and staff. In the time since it’s founding, Learn to lead has developed into an approach relevant to a broad group of stakeholders. It is now active in communities across England including 150 primary, secondary and special schools, local authorities and Camphill Communities for adults with learning difficulties.”

“Community shares are a new way of describing an old concept: withdrawable share capital. It’s a concept with its roots in co-operative societies, where member-owners would invest their own capital in a co-op and receive interest on their investment. By such means the co-operative movement became a nineteenth-century retail behemoth (tragically squandered over the twentieth century, but that’s a story for another day). So while the concept isn’t new, the boom that’s currently taking place in the world of community shares is. In the past five years over 200 enterprises in the UK have raised over £60 million by issuing community shares.”

“‘The New Economy’ is not an easy thing to define. Indeed, it is not really a ‘thing’ at all, more of a shorthand for a wildly heterogeneous and constantly evolving array of people, practices, organisations, communities, ideas and more – many of which, such as co-operatives or commoning, are not actually ‘new’ at all. Uniting all of us, explicitly or implicitly, is the desire to interact and meet our needs in ways that differ from the increasingly disconnected, commoditised, neoliberal mainstream; ways based on relationship, connection, participation, creativity and care.”

JAK: A Social Movement with a Bank — Nuria Albet

“It’s no secret that the current international financial system is in free fall in the midst of a continuing historical crisis. A crisis of balances, some will argue. But in my opinion, the real crisis is of democracy and trust. While constant streams of money escape to tax heavens – as much as £13 trillion according to the Tax Justice Network – the real economy suffers a lack of investment and poverty increases faster than we dare believe.”

”I see the desire for decentralisation and in some cases separation as a very natural and inevitable response to globalisation, where power has not only left people’s hands but also no longer seems to belong to national governments. Just look at Greece. Everyone feels a lack of agency over the circumstances that affect them and that matter to them. That desire to reassert agency and control will be manifested in many different ways. But the paradox is that decentralisation or separation, as in Scotland or Catalonia, will not really recapture economic agency. Only the more fundamental reform of capitalism and democracy itself will do that.”

“Many young people would be surprised to hear that the concept of ‘freelancing,’ as we understand it today, barely existed a generation ago. Casual labour has been an almost constant feature of capitalism since its origins. However, freelancing – a particular way of imagining what is legally categorised as self-employment – has only been around in its current form for the last 40 years.”

“Areas of law such as criminal defence work, human rights and advice and advocacy for migrants, squatters or protesters are obviously relevant to activists. Business law, though, seems less relevant and mainly useful as an aspect of a critique of neo-liberal capitalism. But creating and maintaining co-operatives, developing the commons, and building community and political associations are also important to the activist agenda and legal structures and the law around them are important to those aspects of activism.”

“Planning is the main way we shape the built and physical environment and so it has a significant impact on how we interact with each other and the world around us. However, it is generally seen as a dry topic that requires technical knowledge and experience to understand.”

“CommonsFest is one of the few political spaces in Greece where people leave their ideologies at the door, and meet to talk about concrete issues.” These words by one of the participants describe well both the space of openness that the commons discourse creates, and the conversational and positive vibe of the festival itself.”

“How can money be redesigned to serve communities rather than corporations? People Powered Money, published by the New Economics Foundation, provides the answers. Money: Scarcely has anything in human history attracted love and hate in such equal measure.”