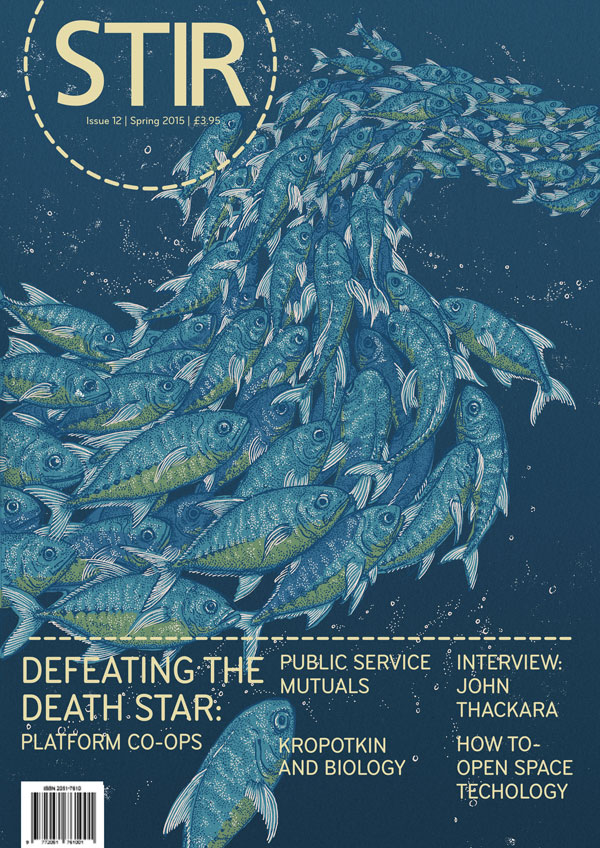 "The end of 2015 will live long in the memory. For me, it was marked by a dramatic personal experience of the effects of climate change. Having decided to stay home and watch events unfolding at the Paris COP remotely, I spent the evening of December 12th at my home alongside the River Calder in West Yorkshire. Exactly as the French Foreign Minister announced the adoption of the Paris Agreement, rising floodwaters entered my home, leaving quickly enough that the damage, though serious, was not devastating. Two weeks later, the record-breaking floods of December 26th left the house a broken muddy shell."

"When Sir Tim Berners-Lee invented the World Wide Web in 1989, his vision was for information to be shared easily across the internet, for anyone to be able to access. His decision to make the underlying code available on a royalty-free basis, forever, stimulated an unprecedented wave of innovation and collaboration around the world. The Web facilitated cooperation and openness as it had never been seen before, between individuals, communities, businesses and governments."

"We have an epic choice before us between platform co-ops and Death Star platforms, and the time to decide is now. It might be the most important economic decision we ever make, but most of us don’t even know we have a choice. And just what is a Death Star platform? Bill Johnson of StructureC3 referred to Uber and Airbnb as Death Star platforms in a recent chat. The label struck me as surprisingly apt: it reflects the raw ambition and focused power of these platforms, particularly Uber."

"[That] perfect life, the White Christ, belonged to the remarkable Russian scientist, explorer, historian, political scientist, and former prince by the name of Peter Kropotkin.  Kropotkin would shake up the Victorian notion that competition was the inevitable outcome of the process of natural selection.  Instead he would argue that evolution often favored cooperation and altruism.  Kropotkin was known both as a brilliant scientist and as a founder and vocal proponent of anarchism.

"We need to move to a very low carbon economy, quickly. For coastal communities the world over there are even more pressing reasons why this is the case: the tide is rising. It's worth remembering the original meaning behind the old tale, King Canute and the Waves. In the story, he sets up his throne on the beach—not to be ridiculed for being unable to turn back the tide— but to show that no one can hold back the sea, not even a monarch."

"There is a care economy out there. Many of the most important and fulfilling parts of our lives—such as parenting, neighbourliness and favours—are about care, even if they are not conventionally classed as economic activity.When people are motivated by a need that inspires care, whether unpaid or paid, such as a care worker or nurse, there can be a richness in the motivation, as it is needs driven and sustaining of both people and society."

"I think we’re still experimenting and I don’t pretend to offer a unified picture of how these initiatives come together. The reason, I’m sure, why I am not a desparing person, despite being asked this question many times before, is that at healthy situations in nature, they are extremely diverse and while certain life forms can’t dominate their habitat, they still remain healthy. I’m not apologetic about the question of scale because I think it’s something we believe we need but is not as important as other parts."

"Arising in the gap in formal education, One Year in Transition (1YT) proposes that young adults need a new kind of whole-person learning that is oriented towards the future. Ahead of us we have disruptors that are set to intensify, such as climate change, food security, resource depletion and energy shocks. At the same time, when we find inside us the ability to respond, we experience how to come alive to the best of being human."

"Precarity is a term also used to refer ‘to the widespread condition of temporary, flexible, contingent, casual, intermittent work inpostindustrial societies, brought about by the neoliberal labor market reforms’. Narrowing the precarity of life in this way implies that stable economic conditions can elevate one above the universal precariousness of life itself. That wealth can buy freedom from the necessity of living socially."

"In 2007, the economist Panu Kalmi published a review of economics textbooks used in the University of Helsinki from 1905 to 2005. The author found that co-operatives had a greater presence in books published before WW II than in the post-WW II era.  His theory was that due to the changing role of economy (from serving people to being served by people) and the growing popularity of top-down, private or individual solutions to societal problems, co-operatives were disappearing from text books as they no longer represented a valid and valuable alternative."

"Public services have been in reform ever since the state began delivering them. Over the last forty years, however, public service reform has taken on a particular hue. It has come to describe the drive to make our public services - from housing provision to healthcare - more efficient, of higher quality and responsive to users’ needs."

"The walled garden behind the house where Karl Marx was born was being re-landscaped when I recently visited Trier. The space was being transformed to reflect his early interest in geology and lifelong engagement with the natural world. This rediscovery of Marx as an ‘early green’ has been underway for some time. It was nature, too, not only human beings, which he saw as alienated by capitalism. Derek Wall, a lecturer in political economy at Goldsmiths and international co-ordinator of the Green Party, is well qualified to write about it."

"The Spirit Level is a book that revolves around the analysis of various graphs, showing the relationship between inequality and various different outcomes in society. I come from a background in statistics and I thought it was fascinating, in terms of what the data was saying. I wondered how a film could express the relationships presented by the data in a human way, how you could turn it into a character. And how understanding that relationship in the character you could learn more about why that relationship existed in the data."

"For decades Britain has failed to build enough new homes. Currently we build half of what is required, creating an additional deficit of 100,000 homes each year. This is the housing crisis in it’s simplest terms, and it’s time we spoke about it plainly."