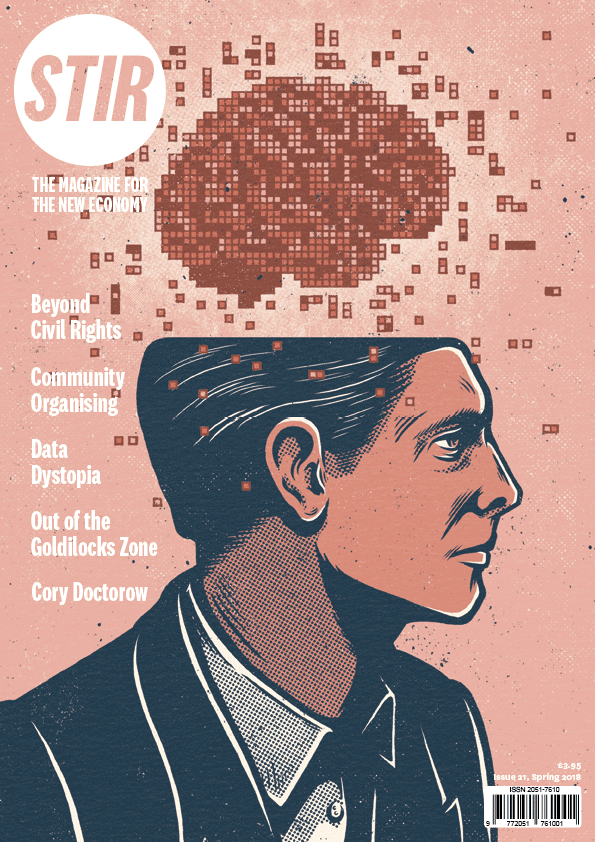 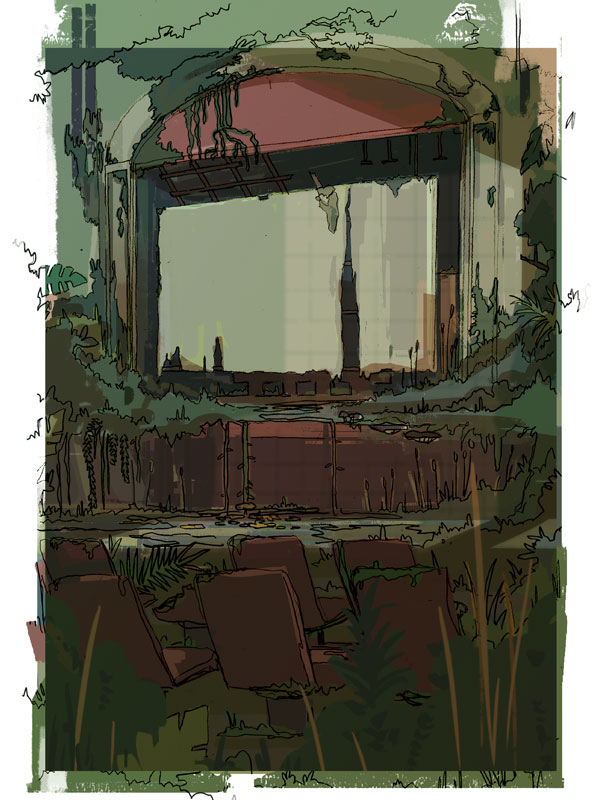 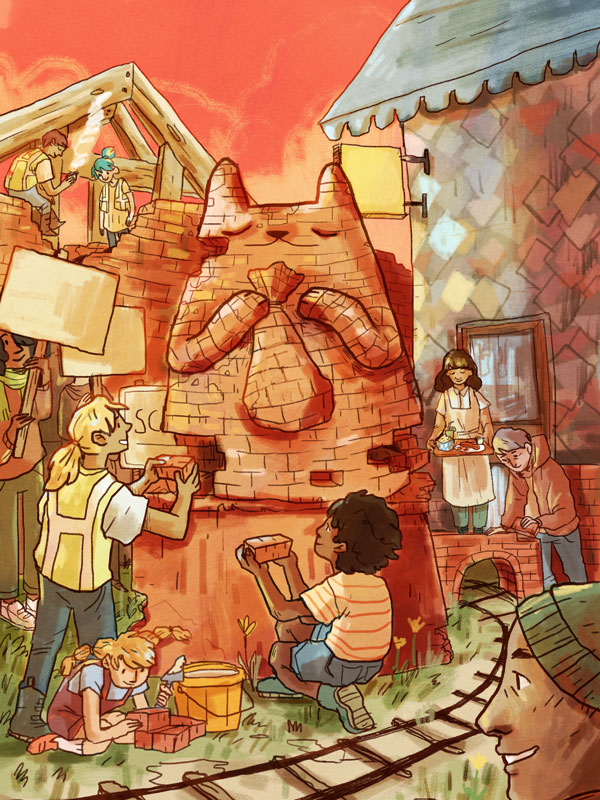 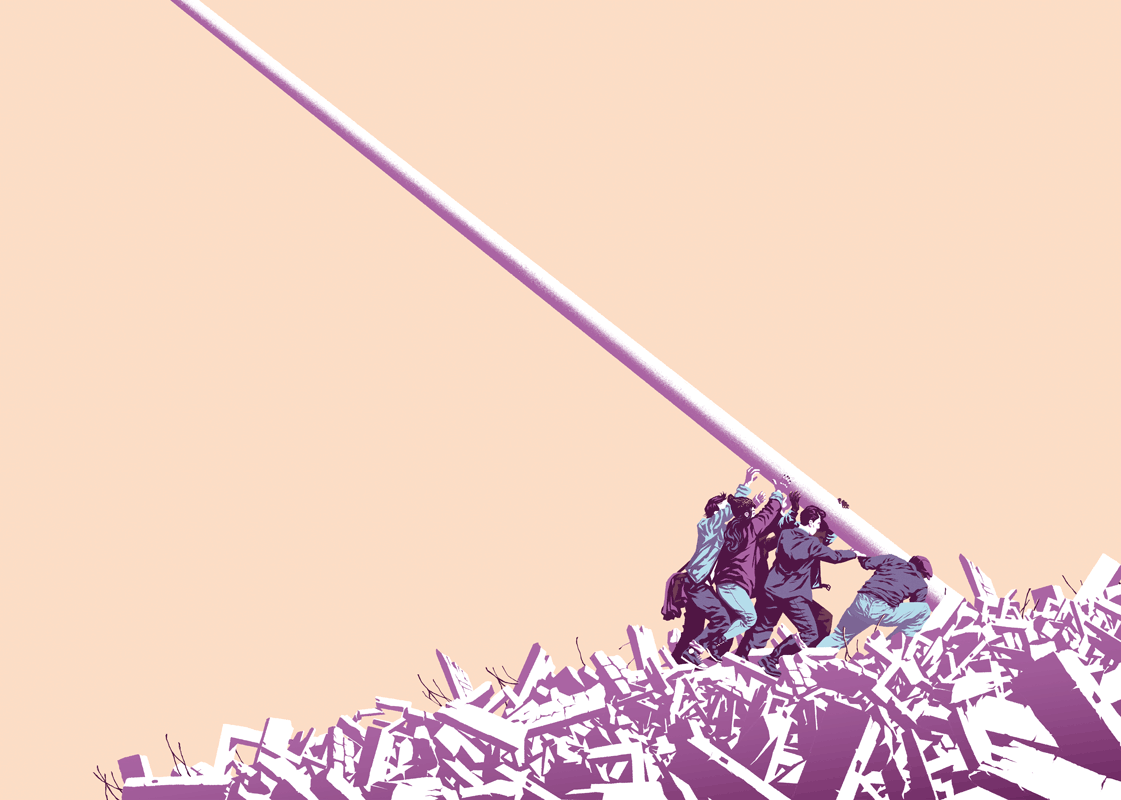 Community Organising: Back to its roots — Stephanie Gamauf

"What would it look like if women designed financial services? What if coworking spaces were owned and run by BME communities? Last month the news platform Medium published a list of Black-owned coworking spaces in the US, including An Office in Detroit, ran by the entrepreneur Katrina Turnbow. In London, the Women’s Budget Group, a network of feminist economists, critically analyse UK government spending and make recommendations from a gender perspective."

Out of the Goldilocks Zone: Can community energy survive? — Jon Hallé

"Policy change over the last two years has changed this balance and is endangering community energy, along with the wider green energy and climate defence agendas. The Feed-in Tariff scheme closes in April 2019 without any planned replacement, tax reliefs have already been lost, and English planning policy now effectively prevents almost all onshore wind turbines."

"When we fill in an online form – applying for a loan, for example – companies are more interested in how we fill in a form, rather than what we say on the form itself. Big Data Scoring, a cloud-based credit decision engine, uses cookies on lenders’ websites to gather data about how quickly you type your answers, what type of device you use, and your location. Many of us would not realise how powerful these data are in generating a picture of our lives, and determining our suitability for a product or service."

"The mistake people often make with utopia is to see it as a destination, a fixed end point. Instead, utopia is the process of first imagining, and then believing that we can organise the world differently, which empowers us to take steps towards it. To dismiss utopia is to say that the way things currently are is the best that we can possibly do and we should just accept it."

"Less than a year after the trip to Israel, New Communities Inc. was registered as a farming co-operative and CLT. It was created as a direct response to the political disenfranchisement and vicious economic retaliation faced by Black communities, with the understanding that banding together and sharing ownership of the land would enable these communities to be more resilient and secure their land more effectively."

Back to What Land? — Laurie King

"Scotland are releasing more than 1,000 hectares of land owned by public bodies, such as Scottish Water and Forestry Enterprise Scotland, for the establishment of 50 farms for new entrants. Imagine if the National Trust released just a small percentage of its 246,000 hectares for new entrant farmers? This could be an opportunity for the UK to repopulate the countryside and make small-scale farming a thriving industry."

"In the two years since the New Economics Foundation started their Framing the Economy project, governments have changed, elections and referenda been won and lost, and the ‘austerity’ narrative that was it’s key target has been largely cast aside in the fray. But the need for new ways of discussing and understanding economic matters remains pressing. Limited concepts and metaphors still hold sway among the public, such as seeing the economy as a discrete ‘container’ that we collectively add to or take from."

"At a moment when populism is gobbling up Western politics and we seem to be making all the wrong choices about technology, it takes a brave writer to start producing utopias. Yet in his recent science fiction novel Walkaway, the British-Canadian writer Cory Doctorow takes all of those bad choices and shows us how they might just result in the creation of a better society."

Why we Fail: Players, parasites and predators — Bob Cannell

"At its high point in the early years of the 20th century, after 70 years of growth, the 1,500 local co-operative retail societies owned chunks of most cities and huge amounts of farmland, rivalling the Crown, the aristocracy and the Church of England. Now almost all of this wealth has been lost."

"In 2016 New Start, CLES and NEF completed the Good Local Economies tour, uncovering ‘alternative’ approaches to local economies. We visited the UK’s ten core cities, holding conversations and collecting examples of ‘good’. We began not knowing if there was an appetite for change but quickly found that frustration with mainstream local economics existed in every corner of the UK."

Where Next for Platform Co-operativism? — Danny Spitzberg

"After two days of prototyping with Sylvia Morse and Up & Go, a New York platform for home cleaning, I learned that all platforms compete on quality. One user said, “I honestly don’t care if workers own the app.” But if that’s a reason why these latinx women provide reliable, consistent, five-star service, then platform co-ops like Up & Go can change the narrative about on-demand labour."

"As I write, in a corner of northwestern Syria, a progressive revolution is under attack by a NATO “ally” of the West. Turkey has launched a major air and ground assault on the region of Afrin. This area is predominantly, but by no means exclusively, Kurdish and is the location – along with areas of northeastern Syria – of an extraordinary revolutionary project of bottom-up government and inclusive political participation."

by
Ruth Potts with Jonny Gordon-Farleigh
SEE ALL ARTICLES