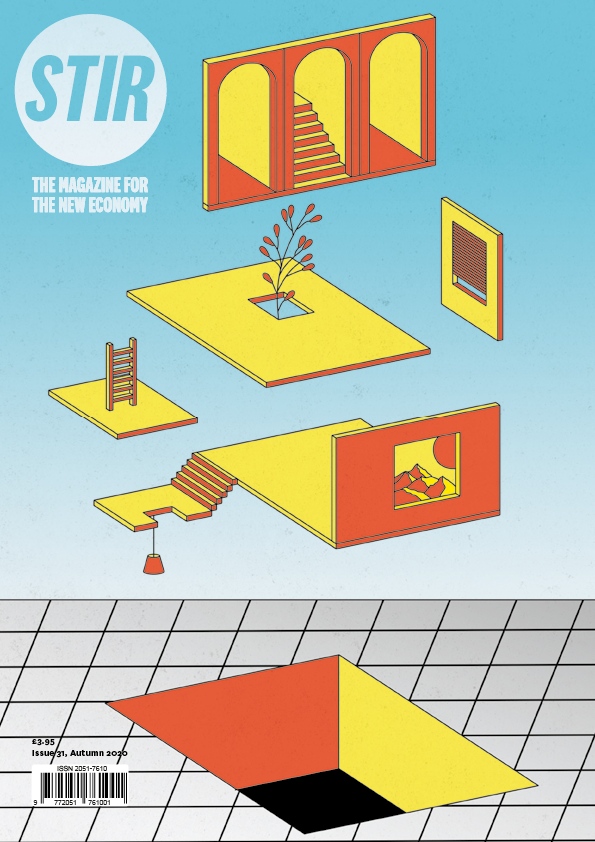 “There is potential for a new generation of co-ops to emerge from mutual aid networks and reconnect with the radical roots of the sector; to work with trade unions and act as catalysts for community organising rather than simply oases of good practice.”

“The Doughnut has drawn interest from a wide spectrum of the business community, prompting the question: if the goal is to live in the Doughnut’s safe and just space, what kind of enterprises could be part of making that happen?”

“The language of community shares as a truly democratic form of finance will be tested in terms of their ability to be taken up by people who haven’t been as much part of the revolution to date.”

“We still think of land as property, as inert in some way and something that we can own, and maybe we need a whole different relationship with the land: what if we related to the land as an animate object and had a reciprocal relationship with it?”

“Ownership itself is obviously very unequally distributed and that's been the direct reason that those outcomes have been so unequal, because people are fundamentally less and less able to own assets and wealth equally across the population.”

Interview – Mckenzie Wark, Capital is Dead: Is this Something Worse?

“So what is this political economy of information? Is there a new set of class relations that emerges out of that? What does it mean to be a digital worker as opposed to, let’s say, an analogue worker?”

“Land occupies a strange and unique place in the UK’s current politics and culture. It is at once the essence of tangibility, the clearest possible way in which social inequality and power is expressed in practice, and at the same time an extreme abstraction, a concept so boundless it often melts away into invisibility.”

“Social entrepreneurs today can select from a diverse menu of legal entities and governance models, to structure a firm that is positioned to raise capital, operate in a competitive and tax-efficient manner, and express a unique social mission.”

“New economy leadership can be about almost anything other than ending the domination of capital. Social enterprise, green recovery, responsible investing, integrating migrants, the liberation of women, global justice, taking advantage of the opportunities presented by COVID or reviving the American Dream of a ‘multi-racial economy’ can all be part of the mix.”

“I’m still full of frustration because unless we make a 180 degree shift we’ll be sat here in another ten years saying the same thing, only it’ll be even worse after what I fear will be an unimaginable impact of a further five years or more of austerity.”

“A lot of what we've done, especially in the last decade was filling in all those gaps in the ecosystem to facilitate co-operative growth, co-operative organising, and also to ensure that the existing businesses are thriving, which is really our mandate as a grassroots membership trade organisation.”

Capital is Dead: Is this Something Worse?

by
McKenzie Wark with Jonny Gordon-Farleigh
SEE ALL ARTICLES