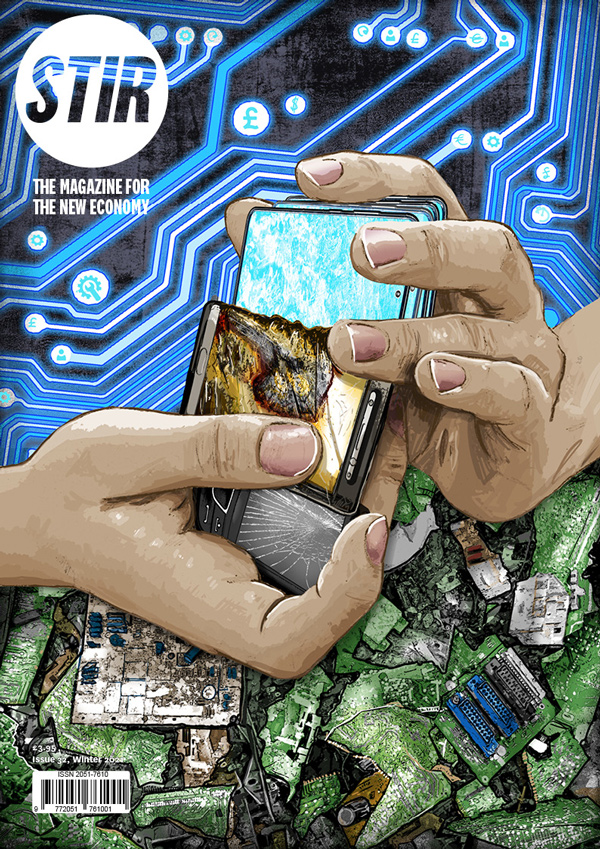 “Supporting communities to engage with justice helps them to appreciate the opportunity to rehabilitate and recover the assets of individuals who are at risk of being lost to that community. Prisoner co-operatives both build the incomes of prisoners and their families as well as the wealth of the communities to which they will return.”

“Local resilience is an incredible outcome on its own, but we should aim for networked commons rather than be satisfied just to provision our lifeboat better. We need to look to local commons – assemblies of people who form self-governing groups around their relationships to resources.”‍

Cultures of Co-operation: Insights from a Study of Co-ops in the Creative Industries - Marisol Sandoval and Greig de Peuter

“During moments of crisis, when the limits of dominant structures lie harshly exposed, the need for alternatives emerges with renewed urgency. Creating secure, caring, and democratic workplaces from within a competitive economy that privileges profit over people is not easy.”

“Cooperation Town is based on the assumption that people (even poor people!) are able to articulate our own conditions of poverty, the reasons for our situation, and the solutions to our problems.”

"The end of acceleration is the best way to put it and it’s not that things aren’t changing, it’s just that they’re changing at a much slower rate than they were for part of the 20th century. There is hype around digital technology, and I think this is the irony.”
‍‍

“In an era defined by party-skepticism, David Graeber’s work has been relevant to those of us who reject working through the political system. He not only raised political horizons beyond markets and states but insisted on the ‘notorious popular ability’ to create entirely new political, economic, and social forms.”‍‍

“This moment presents us with a number of opportunities to reset our democratic conversation, reconstruct our politics, rebuild our communities, and reprioritise and re-value the public sphere...The goal is simple but transformative: a deep and purposeful reorganisation of our economy so that it is democratic, sustainable, and equal by design.”

“The world is in flames and flood, and the call and refrain of ‘people power’ ringing out across the streets of the globe brings some hope in the dark...The bank became a hub of economic education with the ‘performance of making’ offering a tactile way into the concepts and preconceptions we aimed to tackle.”

“Community economic development is not the local and parochial agenda one might think. Its dreams, its values, its connections are global.
‍
The Housing Question Reimagined - Matthew Thompson‍

“The housing question was framed by Engels as a debate torn between, on the one hand, a Marxist argument claiming “the solution lies in the abolition of the capitalist mode of production and the appropriation of all the means of life and labour by the working class itself” and, on the other, an anarchist perspective ascribed to Proudhon contending that small-scale co-operative initiatives in which new forms of social organisation are tested out through grassroots experimentation can reform capitalist-state structures from within.”‍

“It has been infuriating, one year on, to come face to face with the human cost of exploitation within social enterprises in my capacity as a trade union organiser.”

“All too often I feel like I’m just participating in creating a slightly larger echo chamber.”

No articles from this issue yet. Browse a selection of our other articles here.
SEE ALL ARTICLES
By clicking “Accept All Cookies”, you agree to the storing of cookies on your device to enhance site navigation, analyze site usage, and assist in our marketing efforts. View our Privacy Policy for more information.
PreferencesDenyAccept