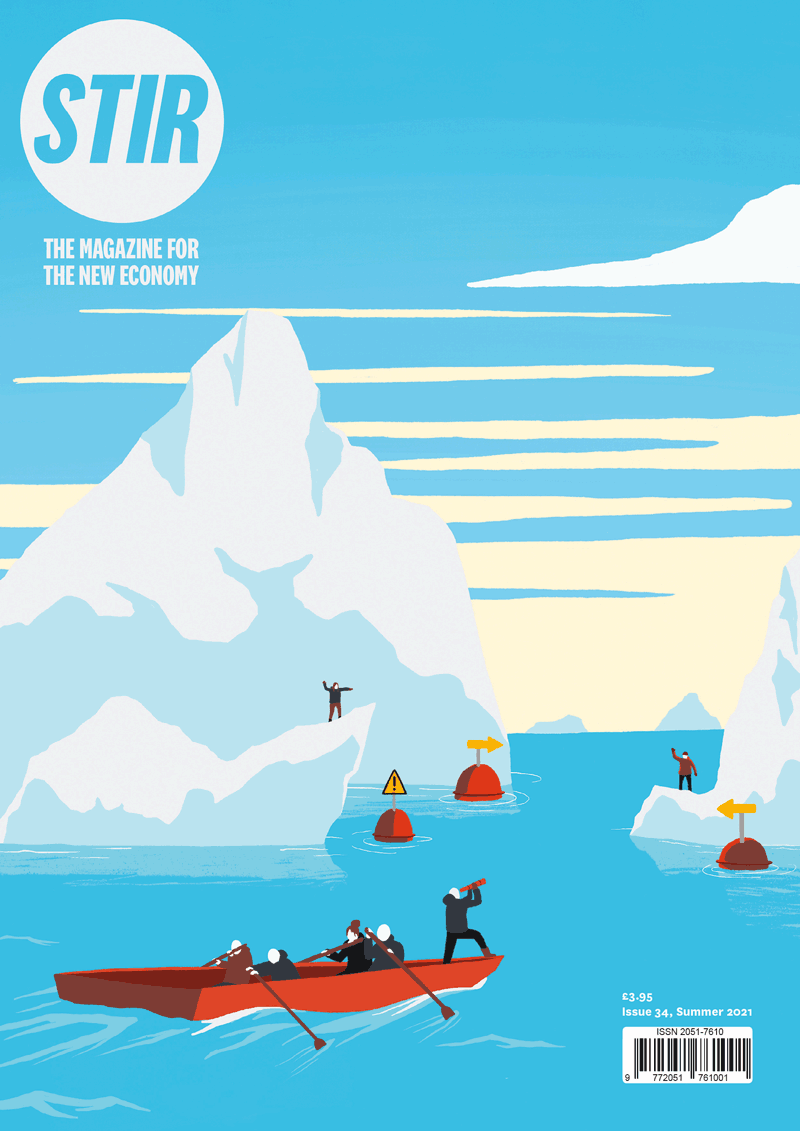 “There is such a big push for digitalisation within the public sector that we wish to ensure it is done in the right way with users in mind and not by private companies who wish to use gig economy principles to drive down standards, decimate the profession further, and lead to a long term lack of access for the Deaf community.”

Another Internet is Possible – Kelly Bewers

“If we are to reimagine the internet as public commons – a digital space for collective and open networking – then we need to claim ownership of the imaginative and creative processes that underpin the internet, and reject and then rebuild them.”

“The Preston model is an admirable experiment in whether technocratic tools can cultivate co-operative practices to instil an urban revolution. But for the full system ‘institutional strategy’ of community wealth building to be realised, it now needs to invest in its own houses of the people, starting with community anchors and co-operative hubs."

“The closure of queer spaces was part of the bigger picture of changes happening across London: we were losing our spaces as other marginalised communities were losing theirs; pubs and live music venues were closing; people’s homes were being taken away to make spaces for new developments.”

What Next for Community Business? – Mark Simmonds

“We need to pilot some of these different approaches [in the community business sector], challenge the dominant models which in many cases are a ticking governance timebomb and which fail to address the justice aspect of the new economy; and provide real agency and livelihoods to working people rather than hobbies to the retired middle class.”

“The World Social Forum, that really burgeoned in the 2000s, was a real shift in terms of bringing connections between majority and minority world politics. The recognition of epistemologies of the South, and how white and eurocentric so much of leftist and new economic policies were, has been a major shift.”

Excerpt - Neither Vertical nor Horizontal: A Theory of Political Organization – Rodrigo Nunes

“If we start by asking what organisation is, the first answer we will find is that it comes in various forms and variable degrees. That means, in turn, that we must also be capable of taking into account the relations that organisations establish among themselves, those that unaffiliated individuals establish with one another and with organisations, and the system that all these relations constitute together.”

How to Run a Design Sprint – Gemma Copeland / Common Knowledge

“Do you have a complex problem that isn’t well defined? It might be time to try a design sprint. A design sprint is a tool for collectively understanding a problem, developing a hypothesis, and testing this out in the real world, all within a week.”

“While it’s widely accepted there’s a significant gap between policy making and democratic business practice, it’s not always recognised that it’s undermining sector-wide ambitions for building a democratic economy. But can it change? Over the next two years we’re working on a new project – supported by the Friends Provident Foundation – to build effective relationships in democratic business practice and policy through encouraging political leaders, policymakers, and researchers to work with democratic business community as key partners in research, growth strategies, and funding for the sector, not simply as ‘research subjects’ or end-users of policy.”

What Next for Community Business?

by
Katherine Gibson with Jonny Gordon-Farleigh

Another Internet is Possible

by
Matthew Thompson
SEE ALL ARTICLES
By clicking “Accept All Cookies”, you agree to the storing of cookies on your device to enhance site navigation, analyze site usage, and assist in our marketing efforts. View our Privacy Policy for more information.
PreferencesDenyAccept