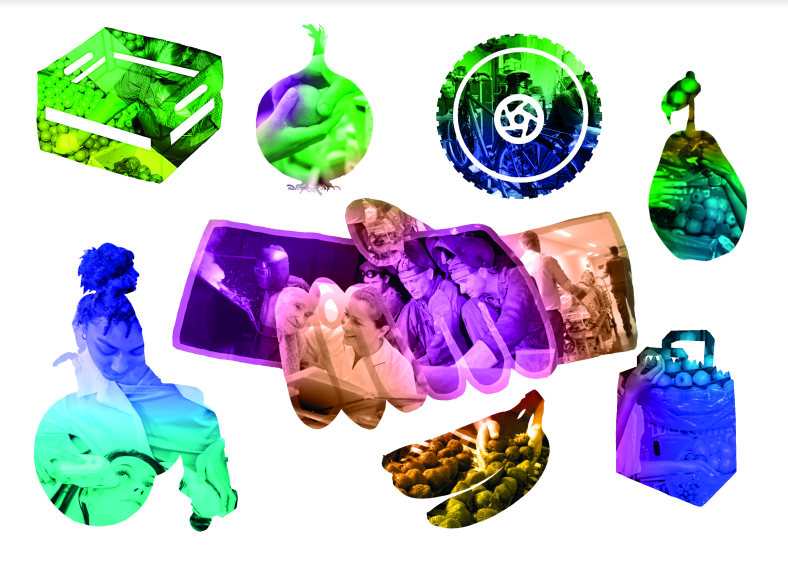 A new and independent organisation of worker co-operatives, cooperators, and supporters of industrial democracy will be launched in 2023.

Based in the UK, it will take on the role of a sectoral federation to unite, defend, and advance the shared interest of worker-controlled and worker-owned enterprises. Beyond this, it will strengthen worker co-operative culture by mobilising co-operators and allies through industrial networks, knowledge sharing, social movement alliances, and active internationalism. Most importantly, we want to make the system of worker control and collective ownership accessible and relevant for new groups and generations of workers, refining our propositions and organising models in the process.

Why now? The reasons are partly internal to the movement. The long drift since the 1990s intensified after the demise of the last independent national federation, the Industrial Common Ownership Movement (ICOM) in 2001. Without our own specialist federation, we’ve been unable to articulate clear and authentic messages about democracy at work, adequately respond to changes in the broader political and policy realm, or participate strategically in the wider autonomous workers’ and social justice movements. Let alone build on earlier hard-won gains. The fortunes of organised worker co-operatives have always more or less risen and fallen with those of the wider workers’ movement, so some historical and political perspective is useful to understand the present sense of urgency.

The history of worker co-operation goes back 250 years in Europe, represented primarily through workers’ unions and worker co-operatives. The earliest worker co-operatives in the eighteenth century were a critical reaction to capitalism and the industrial revolution, particularly the violent transition from agricultural and artisanal production to the factory system. 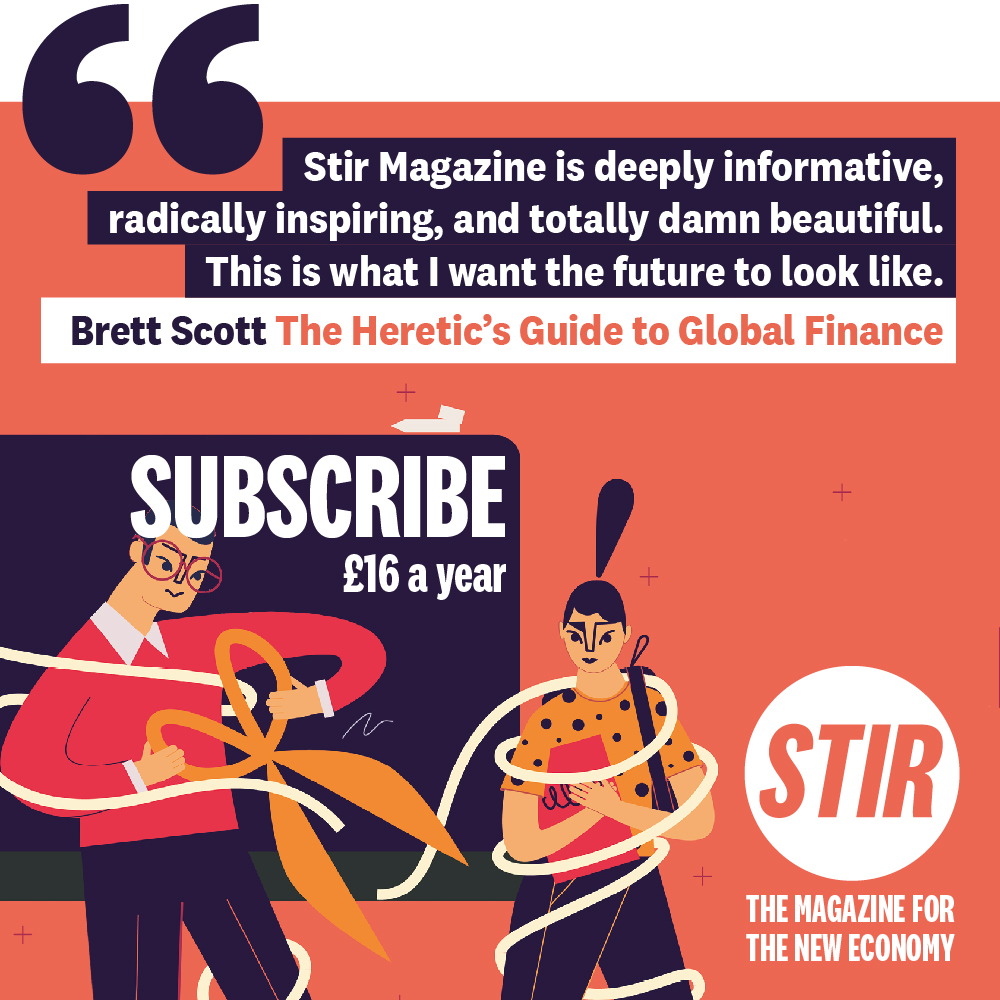 The first self-documented worker co-operatives appeared in the weaving industry, more or less at the same time in Northern France and Lowland Scotland. The Fenwick Weavers’ Society in Ayrshire started in 1761 as a semi-secret association to defend wage levels and product quality. Later, they spun out what now would be called a consumer co-operative, and a credit union. Their model was replicated elsewhere in Scotland, and the Fenwick Society itself traded for more than 100 years.

Fear of reprisals made the earliest worker co-operative initiatives extremely risky. The Combination Acts of 1799 and 1800 made all forms of worker self-organisation illegal in Britain. Even after the repeal of these restrictions on trade unions and collective bargaining in 1825, workers were still subject to financial penalty, imprisonment, or even deportation if they were found to be part of a secret organisation.

Two decades later, in 1844, The Rochdale Society of Equitable Pioneers included among its objects “to commence the manufacture of such articles as the Society may determine upon, for the employment of such members as may be without employment or who may be suffering in consequence of repeated reductions in their wages”; and furthermore, “as soon as practicable ... to arrange the powers of production, distribution, education and government”.

Over the next 80 years, many small- and medium-scale producer co-operatives were created, often in partnership with workers’ unions. Some were short-lived, while others – particularly in the shoemaking, garment, construction, and printing industries – survived into the second half of the twentieth century. For more than three quarters of a century – 1882 to 1958 – these co-ops were independently organised in the Co-operative Productive Federation (CPF), whose remit was to promote unity of action among the members, find markets for their products, and secure capital for growth and development.

The next wave of worker co-operative formations in the US, UK, and elsewhere began in the 1960s and 1970s. This rediscovery of the co-operative system was associated with a rise in working class political confidence, labour militancy, and cultural change. Many of the new co-operatives were driven by the goals and demands of rising social movements and political currents such as ecology, libertarian socialism, second-wave feminism, anti-racism, and community organising. But the model also became attractive to parts of the union movement and social democratic Left, and ICOM was founded in 1971 to consolidate these developments and push the movement forward, followed in 1973 by Industrial Common Ownership Finance (ICOF), which established a revolving loan fund to mitigate the most common problem for new and established worker co-ops – their lack of access to money.

The Labour administration of 1976 enacted a new law, defining worker common ownership enterprise and empowering the government to fund co-operative development. The national Co-operative Development Agency (CDA) was formed, and local authorities across the country funded their own agencies, leading to more than 3,000 new registrations between 1975 and 1990. But the political climate had changed decisively by 1985, and in the following decade there was a wholesale reversal of friendly policy, along with sharp attacks on working class organisation more generally. At the public policy level, the New Labour administration espoused technocratic approaches to development, with Blairite think tanks repurposing North American approaches to social enterprise, according to which the ownership and control of social resources would no longer be important – only outputs and outcomes mattered now. Following the money, most of the CDAs were forced to choose between closing or reinventing themselves as community business consultancies.

Predictably, the numbers of worker co-operatives declined. To survive in this new political environment, the remaining sector joined a new national apex organisation, Co-operatives UK, which formed from the merger of ICOM with the Co-operative Union to support and promote the values of the entire co-operative movement throughout the UK. Since then, the headline population of worker co-operatives has remained almost unchanged, with new ones forming to replace those that closed or demutualised. Many of the most recent formations have been in the technology, creative, or wellness industries. They are, typically, labour intensive enterprises, which do not require significant capital to buy or rent productive resources like equipment, land, and industrial facilities.

There is a wider questioning of capital’s right to dispose of our labour power, living spaces, and planetary resources.

So is this really a good time to be trying again? Can a renewed orientation to worker issues, worker-led organising, social solidarity, and economic justice make a difference? We can say there are straws in the wind. Some groups of workers are restless; some local councillors are tired of paternalistic initiatives accompanied by endless cuts and outsourcing. Even in the community and voluntary sector, some are realising that the rush to top-down social enterprise might have been a bit of a wrong turn, and that maybe collective ownership and democratic control of economic activity matters after all. This wouldn’t be a convincing basis for a pitch to a panel of sceptical social investors, but our feeling is it’s now or never.

On the social front, we are seeing more instances of workers organising against attacks on their conditions and living standards, through new and revived forms of union co-operation. We have seen organised resistance to the deportations and super exploitation of migrant workers. Rent and workplace rebellions are ticking up. There is a wider questioning of capital’s right to dispose of our labour power, living spaces, and planetary resources. The machinations of states and international finance capital are also making it obvious there will be no green transition without a large-scale reorganisation of production, which can only be achieved with the active direction of workers and their communities. We will have to collectively determine what constitutes useful, and what constitutes wasteful or destructive, production. Following from here, we need to ask questions about the quantity and allocation of labour, and the meaning of waged and unwaged work more generally. People haven’t forgotten the early months of the pandemic crisis, when all of society’s material needs were met on the back of, at most, 40% of normal waged and salaried hours, put in by, at most, 40% of the labour force. Most of the workers who kept us going were and still are in low paid, low status jobs in food production, health services, care, transport, education, and essential manufacturing.

There are currently around 400 worker co-ops in this country, of which 160 businesses are members of Co-operatives UK. With its support, we plan to work closely in the future, and have agreed – in principle – a dual membership option for worker co-ops. The formal process of asking them to join is only just starting, but informal engagement over the last six months has been positive. We know there is room to grow, and believe there is an untapped reservoir of goodwill and potential member input in the shape of our friends and allies in the wider social solidarity and radical co-operative movements.

We’ll seek organisational mentoring from other federations, including the US Federation of Worker Co-operatives, itself a relatively new organisation, and which has managed to pull together something that works with relatively low levels of member-driven income. The key will be creating a genuinely distributive and participative culture, with much of the work being done among members themselves, and adopting a creative and critical approach to communication and infrastructure.

We aim to be a federation, a campaigning body, and a development organisation all at once, and there’s no limit to how far we want to reach. Can we keep focus and be effective, while being democratic and distributed? How can we resource the work, and what are the priorities in the first couple of years? How best to connect with workers trying to take control of their work and liberate their workplaces? How do we meet and reconcile the needs and aspirations of poor startups on the one hand and established worker co-ops and democratic employee-owned firms on the other? These are some of the questions we need to answer. One piece of received wisdom seems to be: if you’re launching a new workers’ organisation, start with no money. Was there ever another way? ∞

Siôn Whellens is a co-operative organiser based in London, and he works at Calverts, a design and printer worker co-op. He is a member of the Worker Co-op Council, and UK representative to CECOP and CICOPA, the European and world federations of co-ops in industry and services.

Alone in a sea of marshmallows