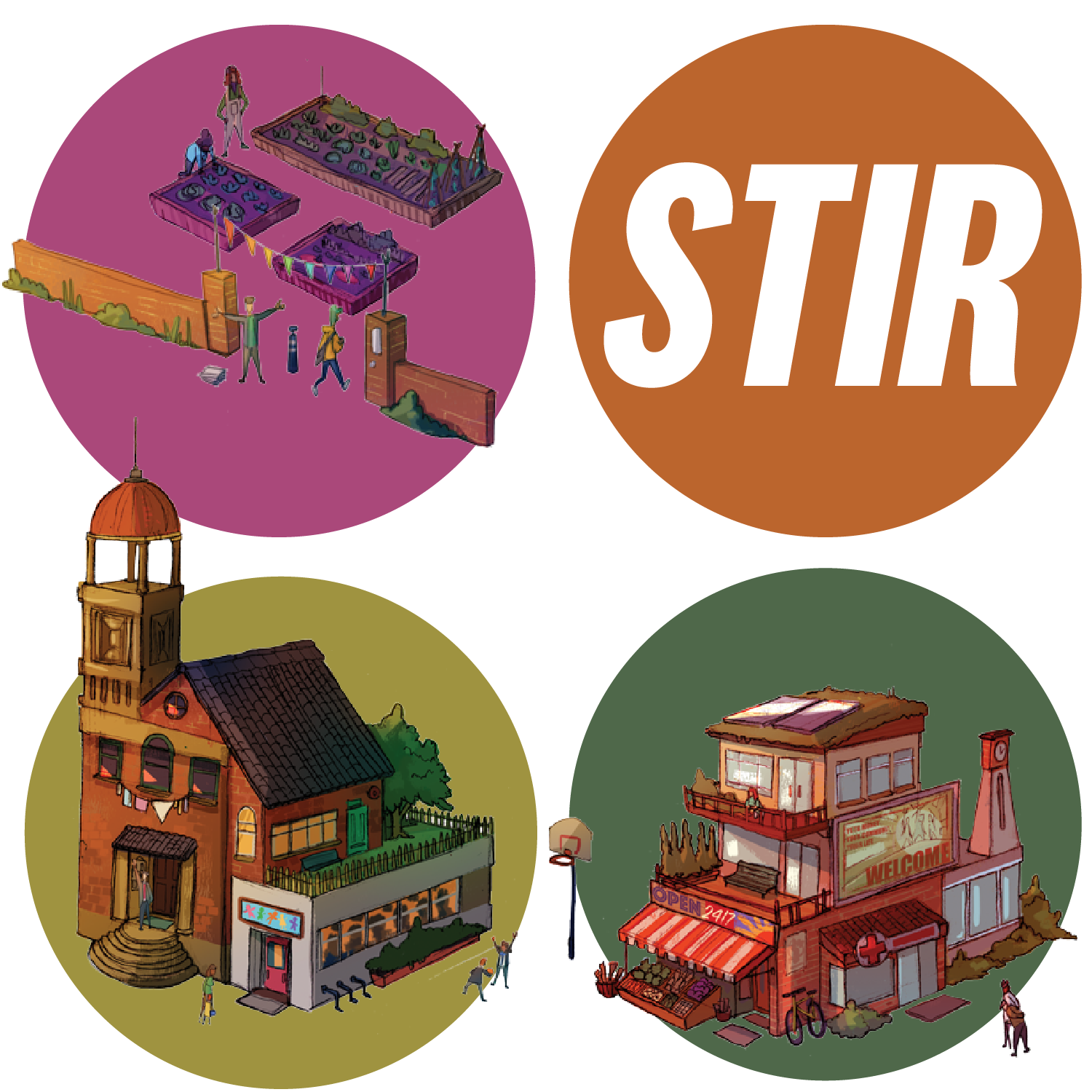 This article is featured in our Spring 2020 issue. To support our journalism, purchase this issue or an annual subscription.

Even in a grim political era like the present, dominated by the revanchist politics of Trump and Johnson, real opportunities remain to advance radical economic strategies capable of moving us beyond our current crises of climate and inequality. A practical and viable new economy is already in the making, one designed to meet the essential needs of everyone whilst operating within planetary boundaries.

On both sides of the Atlantic, a growing movement for community wealth building has been emerging in our cities and communities. Community wealth building supports democratic collective ownership of the local economy through a range of institutions and policies, such as worker co-operatives, community land trusts, ‘anchor institution’ procurement strategies, municipal and local public enterprises, public and community banking, and more.

As previously documented in these pages, the recent history of community wealth building has been in some central respects a tale of two cities: Cleveland, Ohio and Preston, Lancashire, which have each garnered widespread media attention. Building upon these twin early examples, a wave of community wealth building cities and localities have been moving these innovative models and experiments to new levels of sophistication and impact. They are now being taken up and applied far and wide.

In the United Kingdom, pioneering efforts are advancing in the Wirral, Newham, Islington, Hackney, North Ayrshire, North of Tyne, Bristol, and elsewhere. In the United States, they can be found from New York City to Albuquerque, New Mexico, and from Richmond, Virginia to the Pine Ridge Lakota Sioux Reservation in South Dakota.

The task ahead is to build upon these foundations to create an irresistible and irreversible tide of activity that begins to carry us beyond the multiple crises – economic, political, social, and ecological – of our decaying neoliberal order. Viewed in this light, community wealth building is economic system change, starting at the local level.

To date, the principal objection to the ‘Preston Model’ and kindred community wealth efforts in the United Kingdom has been that it represents a form of self-defeating ‘municipal protectionism.’ Implicitly drawing upon orthodox neoclassical models of trade and comparative advantage, this argument states that, as procurement spending and resulting economic activity is increasingly localised, any short-run benefits to the locality will be outweighed in the long run by overall general welfare losses – a standard invocation of the problem of ‘beggar-thy-neighbour.’ Perhaps the clearest statement of this objection is to be found in a May 2018 article in The Economist: “Buying local, as Preston does, is protectionist, a bit like banning imports. A local supplier may win a contract over a better one in the next-door town. If every council did this, Britain as a whole would be poorer.”

It may come as little surprise to find such arguments in the house journal of liberal free trade. In Britain, the first advanced economy to industrialise, free trade remains something of a secular religion on both left and right (as could be seen in many of the debates around Brexit). But the experience of other capitalist countries that industrialised later – including Germany, the United States, and the ‘developmental states’ of Asia and Latin America – argues for a different and more nuanced view of the real-world paths to economic development, beyond the lofty abstractions of economic textbooks.

When it comes to local and regional economic development, neoclassical trade models bear little resemblance to the way local economies really function, relying on notions of ‘equilibrium’ that are rarely, if ever, found in actual living economies. These models imply that all areas are operating at full employment and the same level of economic output relative to their capacity, which is almost never the case given the uneven geographical development that occurs under capitalism – especially our highly financialised form of neoliberal corporate capitalism.

Nor do they take into account the real distributional questions arising from present arrangements, assuming a ‘general welfare’ in which the gains from trade are redistributed to the population as a whole, rather than hoarded by a small elite. For example, if a public contract is relocalised to a worker co-operative or a small local family-owned business and away from a large multinational headquartered in a tax haven, the overall gains from local economic multipliers may far outweigh any supposed aggregate welfare benefits from placing more wealth in the hands of shareholders, who could notionally use them (but never do) to increase investment or pay for public services.

Such models also ignore the embedded costs of place, both physical and human, and the phenomenon of ‘throw-away cities’ in which huge sunk public and private investments – infrastructure, housing, schools, public and commercial buildings, utilities, and other public goods and common assets – are abandoned to fall into disuse, decay, and disrepair. So-called ‘efficiency gains’ from marginal cost savings to government in such scenarios depend upon ignoring the chronic underutilisation of the financial, physical, and human capital of such ‘left-behind’ regions. Moreover, there are also stark political costs arising from decades of deindustrialisation, destabilisation, and disinvestment that must be factored into the equation. These can be seen in the frightening rise of the dangerous new right-wing populism that is already on the march all around the world.

Today’s radical policy tools are less crude than traditional tariff barriers and other forms of trade protection. But they too aim at providing a developmental path in which local economies are at least partly protected from the icy winds of global competition: a form of actual protection rather than mere protectionism.

In order for the next wave of community wealth building in the United Kingdom to reach its full potential and scale – perhaps including at the level of the devolved nations of Scotland, Wales, and Northern Ireland – we will need a new conceptual framework for thinking about true value that captures the full picture regarding our local and regional economies.

In this vein, the National Center for Economic Alternatives (a predecessor to The Democracy Collaborative) once proposed a radically different approach to measuring impact back in the late 1970s and early 1980s. Instead of abstract notions of comparative advantage, the idea was to measure the real-world costs and benefits of different forms of intervention and nonintervention using the notion of a total local public balance sheet – one that fully weighs all aspects of economic activity, including its impact socially, environmentally, and politically.

This approach, sometimes referred to as the ‘social cost-benefit analysis,’ was  originally developed to track the real impacts of plant closures and deindustrialisation in places like Detroit and Youngstown, Ohio. It attempts to capture the extent of public or community benefit resulting from local economic development whilst scrutinising the social costs of private development (or the lack of it).

Looking at everything from increased taxes, reduced welfare, and the cost of unemployment, social services, and other ‘externalities’ on a given locality, the local public balance sheet “compares the total taxpayer and public benefits from direct intervention to maintain local employment against total costs.” The goal is to create a more comprehensive guide for evaluating public action or inaction than conventional considerations of profit and loss based on looking only at the books of private firms – a narrow and antisocial view.

There is a rich discussion underway about alternative indicators that go beyond the well-known limitations of Gross Domestic Product (GDP) to encapsulate broader metrics of human wellbeing, of which the work of the Wellbeing Economy Alliance is a good example. We now need actual economic models incorporating such alternative measures, especially as they relate to community wealth building. Preliminary conversations are already underway with public officials in Scotland about the possibility of creating such a total local public balance sheet, using models of local and regional economies that will show the true costs and benefits of different economic development approaches.

Lastly, it is worth noting that the political ground may already be shifting away from such anti-interventionist approaches in favour of a debate about how rather than whether to intervene. We may be on the cusp of a very different national conversation about the economy, state invention, and active industrial strategy.

Across the pond, back in 2016, Donald Trump ran hard against neoliberal finance and trade in both the primary and the general election. For a brief moment after he entered the White House, it looked dangerously as though he might actually intend to deliver on ‘America First.’

As it turned out, with the exception of a few trade skirmishes and a dash of Crony Keynesianism, Trump has proved a fairly orthodox Republican president, economically speaking. We are fortunate indeed that he had neither the intellectual curiosity, nor his advisers the savvy or policy chops, to follow through on real departures from the status quo. For if Trump had really been prepared to go ‘full heterodox,’ amidst stagnation and downward mobility and spiking mortality, the political rewards could have been extraordinary.

Today, in Britain, Boris Johnson’s Conservative government stands at a similar crossroads. There are already moves toward higher public spending, greater state intervention – even renationalisation of the railways. Brexit and other challenges like Coronavirus may push them further down this road than Trump has been prepared to go. Rather than arguments about ‘municipal protectionism,’ the UK debate would then take on the character of competing visions of intervention, bringing the situation much more into line with that of the United States, where localities have long been in competition with each other in a race-to-the-bottom of ‘smokestack chasing’ and corporate welfare.

American cities and states are encouraged to compete fiercely with each other for jobs and investment in a ‘zero-sum’ (sometimes negative-sum!) game hugely beneficial to corporations and their shareholders but far less so for communities and ordinary people. This could be seen recently in the egregious bidding war of local public subsidies unleashed by the competition among U.S. cities to attract the new Amazon headquarters.

As an economic development model, this approach often requires upwards of $100,000 in taxpayer-funded inducements per job created. And, of course, the supposedly ‘new’ jobs are often not really new jobs at all, but jobs that were formerly elsewhere. When the subsidies expire, the game is often played out all over again, with a new locality as victim of the corporate shakedown.

The upside of this deeply challenging period of crisis instability is that truly transformative political-economic change might just be within reach. It is already arising in our cities and communities, which have long been ‘laboratories of democracy’ where prefigurative change first occurs. Or so we must hope. As Johnson and Trump remind us, the other way lies a world of pain.
‍
Joe Guinan is vice president for theory, research, and policy at The Democracy Collaborative in Washington, DC.  He is co-author (with Martin O’Neill) of The Case for Community Wealth Building (Polity, 2020).

Sarah McKinley is the Director of European Programs for The Democracy Collaborative and the European Representative for the Next System Project, working from Brussels, Belgium.