Playback: Community Ownership: How to Get Started with Mark Simmonds and Nathan Brown 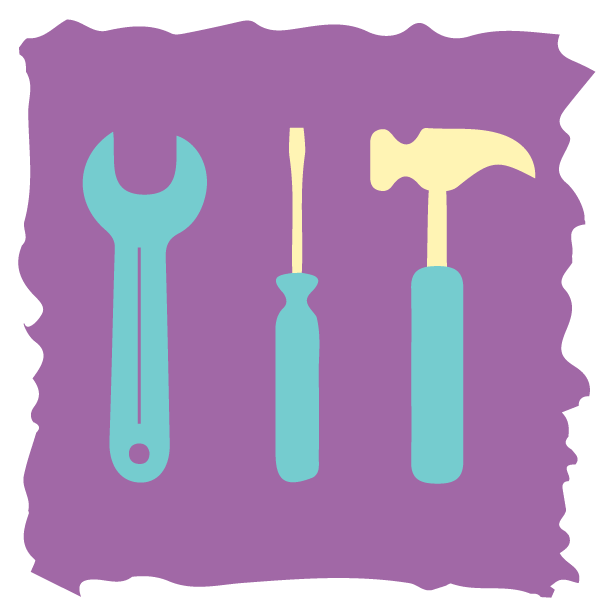 Earlier in our New Economy Programme series, we held the webinar Community Ownership: How to Get Started with Mark Simmonds and Nathan Brown.

Mark Simmonds is the co-founder of Co-op Culture and Platform 6 Development Co-operative, through which he helps deliver business support to co-operatives across the UK. He is based in Calderdale, West Yorkshire where he is also a founder member of Pennine Community Power, the Fox and Goose Co-operative Pub and Heptonstall Allotment & Garden Society. Mark is a licensed community shares practitioner and is also the author of several start-up guides, including Co-operatives UK’s Simply Start-Up guide.

Nathan Brown is a Member of Co-op Culture, delivering support to co-operatives across the UK.  He is also a Member of Cooperantics and a support provider for the Plunkett Foundation, for whom he has also written guides for the community pubs network. He has been delivering support and training to co-operatives and community businesses for over 20 years. Nathan is a Licensed Community Shares Practitioner and has supported communities purchasing or managing pubs, woodlands, and community garden centres.

Mark and Nathan have also written for Stir Magazine. Read their article from the archive here:

by Mark Simmonds and Nathan Brown.

This article was first published in Stir Magazine, Winter 2019. To support our journalism, purchase this issue or an annual subscription.

There are now 7,226 independent co-operatives operating across the UK, with a combined turnover of £36.1BN, up more than £800m on 2017’s figures. The sector is also a significant employer, with almost 235,000 people earning their livelihoods directly through co-operatives. According to the recently published Co-operative Economy Report, the latest figures reveal that co-operative start-ups are almost twice as likely to survive their first five years when compared to companies, with ‘only 44.1% of companies making it through those difficult opening years while 80.4% of co-ops are still going strong.’

What is Co-operative Development?

It’s not just support new businesses, though. Existing co-operatives may be successful at their given trade – wholefood distribution, website building or food growing – but when it comes to planning for business growth, governance, rethinking their legal structure or understanding training needs, they often need external support. This support, importantly, needs to understand the co-operative difference to be appropriate and relevant.

Who are the providers?

There are currently 54 Co-operative Development Bodies (CDB's) in Co-operatives UK Directory, with many other organisations who wouldn’t necessarily call themselves CDB’s focusing on social or community enterprise. While most have a geographical focus, such as Wales Co-operative Centre, others have a sector focus, such as Sharenergy and the Community Shares Company.

The last decade has been a challenging time for CDB’s, but while some are closing – at a rate of two a year – or others changing their focus to social enterprise, new CDB’s are emerging and existing ones are exploring new and exciting sectors, such as social care, digital technology, heritage assets, and place-based economic development.

Co-op development can also take the form of existing co-ops supporting others to establish new co-operatives, sharing their experience through guides, direct advice, business plans, or the secondment of a skilled member to assist with early-stage development. In some cases, co-operatives are offering favourable credit terms to other co-ops, and even investing in loans, loan stock, or community shares. So, how are we doing?

In 2016, Co-operatives UK, the national trade body for the UK’s co-operatives, established a strategic reference panel to create a National Co-operative Development Strategy (NCDS). This three-year strategy – Do It Ourselves – encourages the movement to engage in the growth of the co-operative economy through three particular sectors: supporting freelancers to come together in today’s ‘gig’ economy, meeting needs for social care through new models of co-operation, and developing new digital ventures, or ‘platform co-operatives.’

In 2018 the New Economics Foundation published Co-operatives Unleashed, a Co-operative Party commissioned report calling for efforts to double the size of the UK’s co-operative sector. Alongside recommended changes in the policy environment – ‘transforming business ownership’ and ‘finance that serves the co-operative agenda’ – the report also proposes to ‘deepen co-operative capabilities through a [National] Co-operative Development Agency.’

Doubling the size of the UK co-operative sector is also a stated ambition of the Labour Party. In February 2018 the formation of a Community Wealth Building Unit was announced, inspired by the work of Preston City Council and supported by the Centre for Local Economic Strategies. This unit brings together councils, trade unions, the Co-operative Party, and other actors in local economic development to build on its existing successes and to inspire other UK cities.

Over the last year 160 co-operatives have been supported through Co-operatives UK’s Hive business support programme, which is open all year round and has recently been extended to December 2020 by the Co-operative Bank. It provides new and existing co-operatives with resources and in-person support on legal structures, governance, and strategic planning. This year the Hive also launched a new pilot accelerator – UnFound – in partnership with Stir To Action, supporting platform co- operatives, or user-owned businesses that use digital platforms for their core business or governance. The first intensive programme ran from May to June 2018, offering six masterclasses, a mentor team, peer-to-peer support, and a live crowdfunding event at Co-operative UK’s Annual Congress.

The Worker Co-operative Solidarity Fund (Solid Fund), now in its third year, has been supporting and encouraging worker co-op solidarity, education, and culture in the UK. It now has 584 members – raising more than £110,000 so far - who subscribe from £1 a week. The fund has recently financed rebranding for Sail Cargo South East, contributed to the refurbishment of Liverpool’s Kitty’s Laundrette, subsidised members to attend the Open:2018 conference, and contributed towards the costs of video production equipment for Belfast’s Creative Workers Co-operative.

The collaborative nature of the technology sector is being reflected in the growth of CoTech, a network of technology co-ops. Over the last year there has been a steady trickle of conversions of private companies and partnerships to co-ops, with support from CoTech Members.

In place-based economic development, Plunkett Foundation’s More Than A Pub (MTAB) programme – recently announcing £2.2M of further support from the summer of 2019 – is supporting local pubs with action planning, business planning, and the launch of community share offers. Announced at the MTAP national conference in Sheffield Town Hall, a community pubs network is currently being established and is in the process of creating new resources and guides.

Alongside community shops and pubs, land and housing issues are also on the agenda, with Co-operative Business Consultants (CBC) currently working with the Scottish Government on a scheme for community farmland. At the Wales Co-op Centre, they are continuing to provide support through their Social Business Wales project and a social care project is setting up locally based care co-operatives. With a UK-wide care crisis, other social care co-operatives are being launched elsewhere, such as Care for Doncaster and Equal Care Co-operative in Hebden Bridge.

What are the challenges?

• Three established providers of co-operative support have closed in the last year, and there is an aging and retiring development community.

• Co-operative development can be precarious for those involved in delivering support, as national programmes usually involve one-off commissions. Also, some co-op development is still delivered by professional advisors for free, subsidised by other work.

• Many of the national support programmes aren’t available to all co-operatives. For example, the Power to Change trust has a distinct focus on ‘community business’, making it very difficult for worker co-operatives to qualify as community businesses due to the difficulty in evidencing community involvement in their governance. Organisations established for mutual self-help of their members will often struggle to conform to the community business sector’s dominant philanthropic model, with it’s focus on changing the lives of external ‘beneficiaries.’

• Despite new community energy funding announced by Power to Change, the sector will face another significant challenge with the closure of the small-scale Feed in Tariff in March 2019. Plans from the Department for Business, Energy & Industrial Strategy to close the export tariff – which enables local energy co-ops to export to the national grid – have just been withdrawn but indicate the constant threat to community renewables. As a result, there has already been a slow down in the number of newly registered community energy providers.

Platform 6 is a new solidarity platform for the wider co-operative movement looking to replicate the success of the Solid Fund, connecting new and existing co-operatives with supporters, resources, advisors, and a community of practice. Solidarity subscriptions and donations will be released to support proposals for co-operative development. Its first approved proposal was the sponsorship of places on Stir To Action’s New Economy Programme.

Courier Co-ops are part of the International Workers of the World Couriers Network and have been organising to improve conditions for cycle couriers. Groups interested in creating co-ops as an alternative to UberEats and Deliveroo have started to self identify in key UK cities. The French co-op CoopCycle are making their digital platform available, and both Co- operatives UK and Co-op Culture are investing time into supporting development of new courier co-ops.

Barefoot practitioners are worker co-op members interested in delivering development support. This approach could provide the much needed capacity to boost the growth of the co-op movement and, after a successful trial in Yorkshire, a training programme is being developed and discussions have taken place around using barefoot practitioners to address local capacity issues. At least six cdbs have offered to host barefoot development workers and, as a project spin-off, cbc have established a worker co-operative HR self-help group.

Brexit will have an impact on food supplies and prices and could create the conditions for new co-ops. The planned date for Brexit is followed by the second Control Shift conference in Stoke, bringing together activists from the permaculture, transition, co-operative, new economics, social justice, and environmental movements to explore solutions. Certainly fertile ground for growing co-op development. ∞