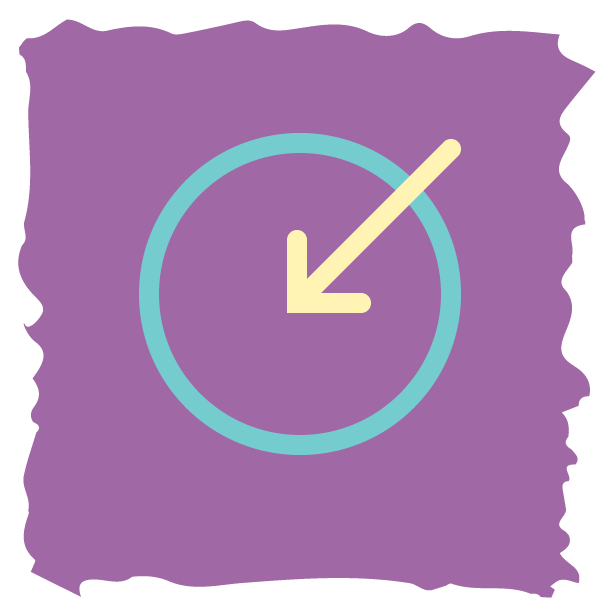 Earlier in our New Economy Programme series, we held the webinar Everyday Participation: The Seven Modes.

How good is your organisation at getting people to participate? What could you achieve if you had larger and more active support? And why do so many democratic businesses and organisations struggle to do participation well?

Understand the basics with our Cheat Sheet – a primer on Everyday Participation. Download here.

Oliver Holtaway is a senior strategist at New Citizenship Project, a think tank and consultancy committed to building a more participatory society and economy. Oliver is also involved in the community ownership movement through his involvement with Bath City FC.

Oliver has also written for Stir Magazine. Read his article from the archive here:

What can “new economy” football clubs tell us about social impact and community wealth building?‍

This article was first published in Stir Magazine, Autumn 2019. To support our journalism, purchase this issue or an annual subscription.

Football may not seem like an obvious place for proponents of the new economy to look for inspiration. For the most part, English football offers tale after cautionary tale about the dangers of incompetent or predatory private ownership, debt-leveraged speculation, and the rampant commercialisation of the cultural commons. The tragic demise of Bury FC, a 134-year-old club, is the latest example of how private greed can have a devastating impact on the social fabric.

Some football clubs, however, are bucking the trend by putting sustainability at the heart of their operations, using football as a platform to advance social justice, or by embracing democratic ownership. These clubs are embracing their role as part of the shared “social infrastructure.” Even if the beautiful game leaves you bored to tears, there is still something to learn from what happens when football clubs do things differently.

So what are the implications of thinking about football clubs as part of our “social infrastructure”? In Skittled Out, a Local Trust report on the collapse and revival of England’s social infrastructure, Dan Gregory describes community assets – playgrounds, post offices, skittle alleys, and pubs – as the “civic operating system” on which the “applications” of social co-operation, action, innovation, and enterprise can run. Building on this approach, I’ll take a look at three football clubs.

We start our journey at the New Lawn in Nailsworth, just south of Stroud, the home of Forest Green Rovers. Forest Green Rovers (FGR) is the current darling of the “football as a force for good” movement, regularly receiving positive press coverage for the bold steps it has taken to improve its environmental and ethical impact. It is the world’s first vegan football club, serving up meat-free food to players and supporters alike (encouraging opposition fans to chant, “where’s your burger gone?”). The New Lawn has an organic pitch, solar panels, electrical vehicle charging points, and a biodiversity programme. The players’ kits are made from sustainable bamboo, and in 2018 FGR became the first club in the world to be certified carbon neutral by the United Nations.

FGR’s purpose and commitment to making a tangible impact is highly commendable. It’s notable, however, that the green revolution at FGR has been largely ushered in by one man, Dale Vince, the founder of renewable energy firm Ecotricity, who took over the club in 2010 and now serves as its chairman.

Vince’s commitment to environmental impact has at times overshadowed supporters’ own feelings about their club. In 2012, FGR changed its kit from its traditional black and white stripes to a lime green kit (oddly enough, matching Ecotricity’s branding colours), which proved a greening too far for some. The club is now seeking to build a brand new wooden stadium that will push the bar even higher for eco-sustainability, but it will be situated off an M5 junction, rather than in the heart of the Nailsworth community.

Thirty miles south of The New Lawn lies Twerton Park, home of Bath City FC. In 2016, in response to debt problems at the club, the Bath City FC Supporters Society raised more than £365,000 through a community share offer to take a majority stake in the club, joining forerunners such as AFC Wimbledon, FC United of Manchester, Lewes FC, Exeter City, and AFC Wrexham in becoming a community-owned club.

In formal terms, Bath City FC can make a good claim to be a member of the community wealth building and democratic ownership movement. The Supporters Society is constituted as a community benefit society, and its stadium, which Bath City owns, is under an asset lock. How, then, has this democratisation of ownership affected Bath City’s impact?

The switch to community ownership has undoubtedly brought new energy to Bath City FC, attracting a diverse array of new volunteers and pushing up matchday attendances by 40% last season. The appointment of a Community Director has also revitalised its social impact activities, including events to welcome Bath’s Syrian refugees and NHS partnerships targeting middle-aged working-class men, a “hard-to- reach” group for health interventions. There is not yet a vibrant culture of participatory democracy at the club, but transparency and trust has improved, and supporters have been able to exert greater influence over key decisions such as the proposed installation of an artificial pitch.

However, its new-found status as a “community” club has been complicated by its plans to redevelop part of its ground and car park in partnership with a property developer. If it receives planning permission, the club will be able to clear its historic debts and start again with a clean slate; if it fails, the club’s future will again be in jeopardy.

Crucially, the proposed redevelopment includes student flats, a toxic proposition for many of the city’s residents. As a result, many local residents have pushed back against the plans, demanding more affordable housing for local families, and challenging the impact of student flats on strained public transport, parking, and traffic in the local neighbourhood. The club’s “community-owned” status has not only failed to insulate it from such criticisms, but has also been used as a stick with which to beat it.

We finish our tour on the South Coast at the memorably-named Dripping Pan, home of Lewes FC. In a town with a population of 17,000, club officials like to say that Lewes FC matches are the locale’s largest regular communal gatherings.

Lewes FC has been wholly community- owned for almost a decade and that experience and confidence has helped it to align a commitment to democratic ownership with a willingness to be bold about its ambitions to be a force for good.

Two particular initiatives stand out. From early on, Lewes FC embraced its role as an anchor institution. Lewes FC membership, which costs £40 a year, also entitles locals to a range of discounts at other independent shops and businesses in the town.

The second initiative is much bolder. In 2018, Lewes FC launched its Equality FC campaign to raise awareness about gender inequality in football. As part of this, it took the unprecedented step of paying its women’s team the same as the men’s team. While the wage bill at a club like Lewes is miniscule compared to the Premier League, it’s difficult to overstate how ground-breaking this move is for football.

What’s the catch? Despite being community- owned, Lewes FC is still financially reliant on loans and donations from a handful of directors and committed supporters, and continues to run at a financial loss. And each time the men’s team’s performances dip, some fans start to grumble about the board’s focus on the women’s team and social change agenda.

What do the experiences of “new economy” football clubs tell us about how social infrastructure works?

The experience of Bath City FC, however, illuminates the cracks in this assumption. My attachment to my local football club might be entangled and co-mingled with my attachment to my locality, but they are not the same thing. Rather, each piece of social infrastructure generates its own community of interest and attachment (and possibly ownership), which is not the same thing as the “community of place” that surrounds it.

From this, it follows that the “community” of a community-owned football club (or pub, or shop) can easily come into conflict with other “communities”, including local communities of place.

This can cause an almost existential confusion for community ownership practitioners. One route is to aspire to make the community of the community-owned club more “representative” of the community of place, and thus minimise the discrepancy between the two. Another is to accept that the two things can never be the same, and to instead seek to be a good neighbour to other communities while asserting the unique identity and interests of the “community of attachment” that the asset has assembled around itself over time.

That’s not to say that community-owned clubs should not take inclusion and diversity seriously. Indeed, when we see communities of attachment as distinct from communities of place, we immediately notice how entangled they are with those communities of place. This is their great promise: community-owned clubs can, at their best, generate more local entanglements as they draw people into deeper participation with unexpected others. They can act as a source of “bridging social capital”, mediating contact and co-operation between members of the multiple and overlapping communities of attachment and belonging that sit within the umbrella concept of “the local community”. This may help to mitigate the spread of “tectonic communities”, in which neighbours of different class and migration backgrounds live shoulder-to- shoulder but never mix.

Second, these stories suggest that the value of community assets such as football clubs is unknowable, even ineffable, and cannot be easily reduced to the concept of “social impact.” In Forest Green Rovers, we saw a community asset that has been grabbed by the scruff of the neck and reshaped into a tool for environmental impact. To a lesser extent, Lewes FC is walking a tightrope between creating positive change and meeting the core expectations of its supporter base.

It’s not that this push for impact is a bad thing. But if we understand football clubs as communities of attachment, belonging, identity, and memory, it becomes harder to think of them simply as instruments of social or environmental value, even as we include such arguments in community share offer prospectuses and grant applications.

Instead, football clubs challenge us to reimagine certain types of community wealth as containing an intrinsic value of multiple, partially hidden, and mysterious dimensions, incapable of being comprehended in its entirety by any single individual, board, or committee. The grammar of purpose, change, and impact may suit a box-fresh initiative created by a social entrepreneur, but when it comes to football clubs, pubs, and lidos, there’s a risk that something will be lost in translation.

What does this mean for community ownership practitioners as we seek to conserve and revitalise our shared social infrastructure? Of course, we shouldn’t give up on impact. But our challenge is to design governance structures, participatory opportunities, and impact aspirations that hold space open for ambiguity, give play to the multiple ways that people relate to community assets, and to resist the urge to crystallise how we understand the value of the community assets we cherish. ∞