Stephen Miller reflects on the Playground for the New Economy Festival 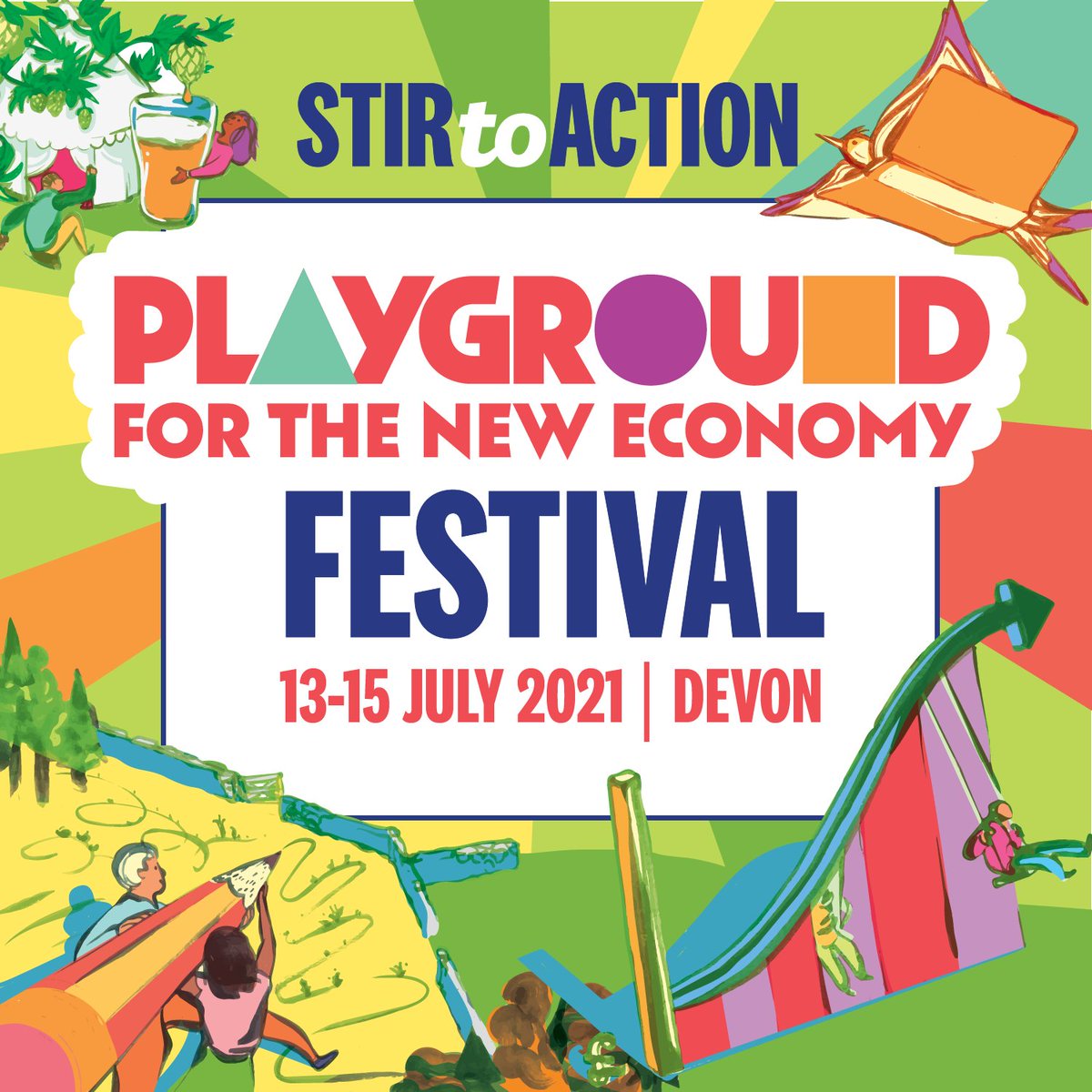 This is a repost from Stephen Miller's original blog post on Medium.

I’ve just returned from an action-packed few days in Devon, talking big ideas and shivering in a tent at the Playground for the New Economy festival. If you haven’t been before, I highly recommend it. Amongst the great location, fantastic content and cool people, I enjoyed reflecting on the never-ending carousel of ‘policy brands’ (as Stir to Action Founder Jonny refers to them) that are going to solve all our problems once and for all. While some of them were present at the festival, most of them were in Coventry.

Here are some things I was thinking about on the six-hour train ride home:

There was a swathe of sessions useful for our work around research, design and development. In particular Danielle Walker’s session on ‘funding the new economy’ provided plenty of challenge and ideas on how the funding process could be improved and how it could better support the transition to a new economy. This included the suggestion that funders adopt a more strategic framework to decide what they fund in order to bring about systemic change, rather than the piecemeal approach we often see. Part of this decision-making process needs to integrate the perspectives and lived experiences of community leaders, practitioners, activists and service users. This is something we are already working on at Power to Change.

Linked to this, there was a lot of praise for and support of the work my colleague Danielle Cohen has facilitated in Liverpool, which resulted in the formation of Kindred, a social investment and support agency that offers both funding and support to socially-trading organisations (STOs) in the Liverpool City Region. This was cited at other sessions throughout the festival as a good model for funding and supporting place-based change.

Part of the reason for this is the collaborative approach Danielle has facilitated since the start. Power to Change first engaged with STOs themselves, before building strong partnerships with the city region mayors, local authorities, local enterprise partnerships and other regionally-focused organisations. This allowed us to see how we could support and foster greater numbers of community businesses in the Liverpool City Region.

Kindred has now become a really interesting example of a collaborative network. There are minimal assessment processes and STO’s have a stake in how well the pool of investment is managed. These collaborations and connections have resulted in emergent properties whereby the impact and influence of Kindred is now more than the sum of its parts. It’s a great model for how to do things differently, and our initial £1m investment has helped leverage in an additional £5.5m from stakeholders who are there for the long-term, such as the council.

Another way the festival was helpful was in terms of reflecting on Power to Change’s new strategy, and how we can better support and accelerate the changes others are seeking to make that align with what we are also trying to achieve. For example, a central pillar of our new strategy is redoubling on our commitment to supporting communities combat the effects of climate change and biodiversity loss. After many conversations about how despondent and hopeless the situation was making everyone, it was great to attend several sessions that struck a more optimistic note. From a fun, interactive exploratory session hosted by the Doughnut Economics Action Lab to the optimism presented by Lucy Stone from Our Common Climate, it felt like there were more reasons to be cheerful about how communities are trying to tackle climate change than I have experienced for a long time.

Several times they repeated how we can also see adapting to climate change as an exciting opportunity. There are problems to solve, innovation to happen, a world to be won. If we’re going to move away from a society based around consumption, we need to move to something more meaningful, like commoning. We can build the future, now.

Covid has helped us see how we could live and work differently. And it happened almost overnight. It’s the same with climate. A different future is possible, and it doesn’t need to take a generation to get there. But it can’t just be a case of switching out old technologies for new. Simpy replacing Ford with Tesla. We also need to change the fundamentals of how our economy works and who for. And we need to manage the transition in a way that doesn’t leave people behind. We were already thinking similar things at Power to Change, but these sessions were incredibly helpful and inspiring.

This then links to another key priority for us, in terms of promoting diversity, equity and inclusion. We want to open up the community business model to a much broader constituency. This includes engaging with more young people, people with protected characteristics and tackling racial inequities and injustices. This priority feels even more poignant given the ugly events that unfolded following England’s loss in the Euro 2020 final. The curation of the festival was great for ensuring a variety and diversity of perspectives and voices were given a platform, to discuss everything from Black-led housing co-ops to the community ownership of queer venues. The opportunity feels massive here.

As mentioned previously, we are currently in the process of developing a Theory of Change, learning framework and set of performance indicators to monitor the success and impact of our new strategy. There were many interesting and useful reflections on the value of such an approach at the festival, with recommendations that funders such as us need to tell our grantees about our theory of change, and use it to develop a more strategic approach to funding. But there was also a warning that we need to be honest about the limitations of such an approach, as life is not linear and neither is systems change. Any process we implement needs to be flexible and allow for emergence. All of which makes complete sense, and my feeling is that people are generally more comfortable now with ambiguity, complexity and uncertainty than they have ever been in the past, but not so much the systems and processes we use to manage our work and hold each other to account.

In many ways, this points to the main lesson from the festival. The world is ready for change — few people want to go back to how things were. But we can’t just say it without changing the fundamentals. It would be like, just to pull a random example from nowhere, saying you want to address regional inequalities at the same time as cutting Universal Credit. You can’t level up without systems change.

Stephen Miller is a social researcher and writer, putting theory into practice, to make the world a better place.