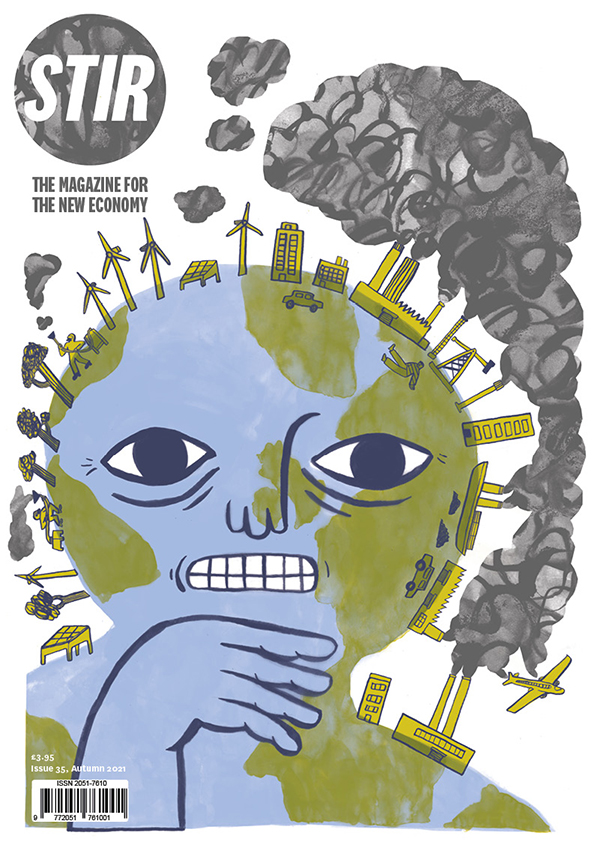 This editor's letter was first published in Stir Magazine, Autumn 2021. To support our journalism, purchase this issue or an annual subscription.

Last month we published our first report – Building democratic culture, skills, and partnerships in policy-led regions. It’s a half-decade review of the experience of the democratic business sector working within institutional strategies in the UK, such as Community Wealth Building. As a sector-led evidence base, it’s a useful opportunity to review how we work together, build the strategic profile of the sector, and offer recommendations for how to change the uneven relationships between democratic business, local government, and policy bodies.

Despite recent efforts in policy-led regions, there’s still limited cultural interest from the public in using democratic business models in the UK, and it has not significantly changed in the last half-decade. While there’s a general consensus that we are far behind the ambitions of the whole sector, it’s not always recognised that the deficit in cultural awareness is part of this slow progress.

This is why the report has a strong focus on the role and complexity of cultural development in creating new democratic economies through both supporting local self-initiative and building on existing cultural tendencies, rather than structural reform. For the democratic business sector, the failure to increase the cultural profile of democratic business within communities and business networks has been one of the leading causes for the relatively low numbers of new businesses over the last half-decade. This is underlined in the consistent funding gap for pre-start support in the sector, relying on business providers to work in an unpaid capacity to build the application ‘pipeline’ – which is passive and limited to a narrow constituency of the local community – and a lack of early stage resources for capital-light communities, deterring them from using democratic business models.

Most importantly, the report claims that having a shared ambition for building a democratic economy is simply not enough. There is considerable effort that needs to be applied to how this happens in practice. ∞