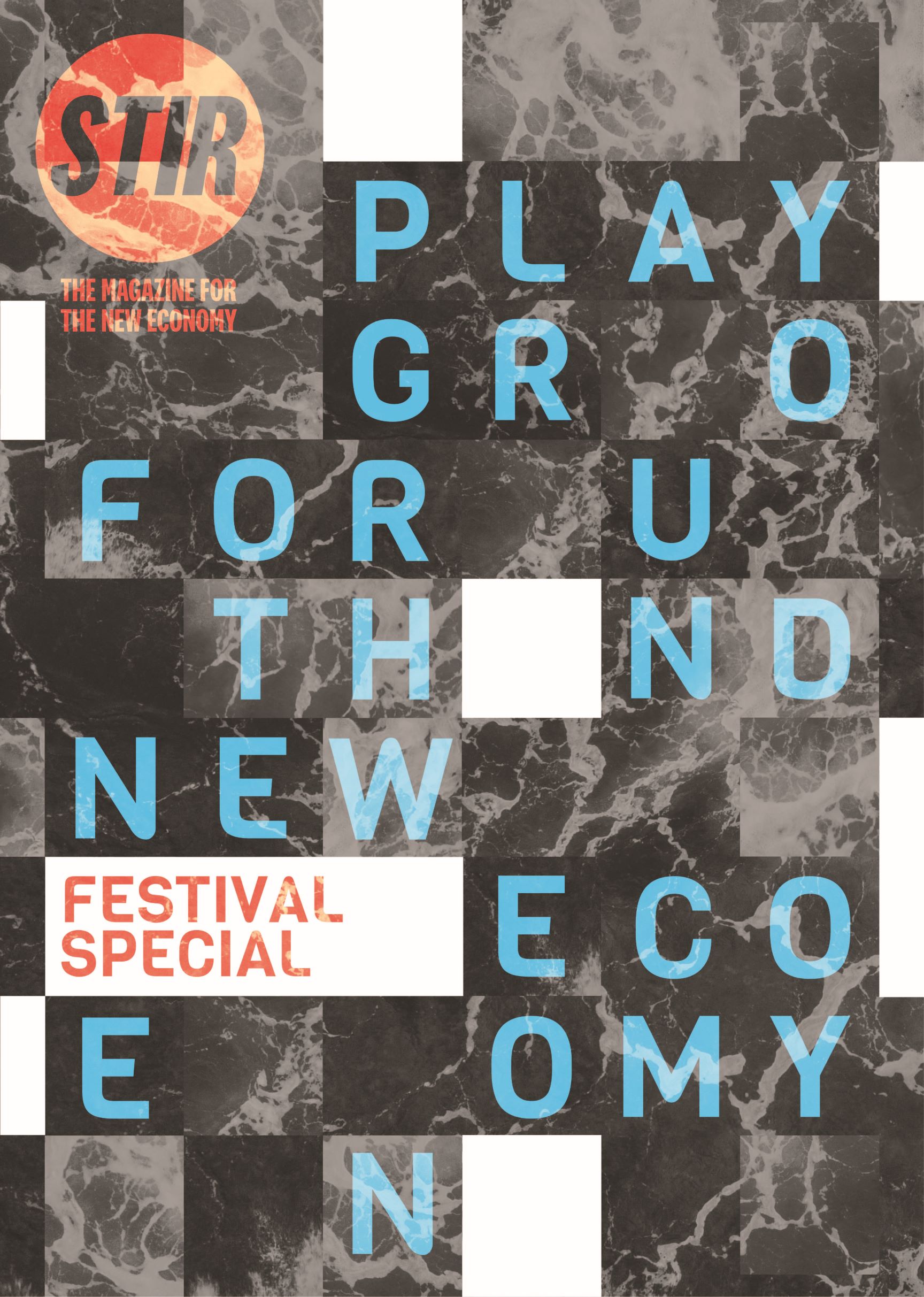 This editor's letter was first published in Stir Magazine, Summer 2022. To support our journalism, purchase this issue or an annual subscription.

At this year’s festival, I’m leading a session asking ‘is the new economy really beyond politics?’ It’s part of my current research on the ‘post-political’ era, which primarily focuses on the decline of collective institutions and the rise of austerity localism. After the financial crisis, civic entrepreneurialism was reasserted as a way to reverse the decline of the UK’s local infrastructure and it would primarily rely on 'social innovators' to drive this new process through challenge prizes, thought leadership, and creative entrepreneurialism. It would largely transform political problems into technical issues for management and innovation consultancies.

At the same time, a new language of capitalism would reflect this particular political moment, as seemingly innocuous terms – such as entrepreneur and ecosystem – migrated from management literature into community economic development. If there was an inevitable sense that we could not prevent or reverse the marketisation of society, it would be important to offer ‘participation’, ‘social impact’, ‘co-design’, and ‘purpose’. Now our political options were limited, these approaches would give individuals and communities a false sense of creativity and control.

At the national level, new policy achievements, which were far more intuitive to corporate and charitable sponsors, would undermine decades of efforts to promote economic democracy. Under the coalition government, the political management of mutuals and co-operatives would enable them to survive in the new policy environment only if they were reduced to a “better way of doing business,” or ideologically repurposed as a ‘template’ for the Big Society. These efforts to go beyond politics, though part of a response to the crisis of democracy, have only exacerbated its decline.

So is there an ‘outside’ to these market-based approaches? Is there a place for the return of politics? Join my session to explore the role of building collective institutions as part of a broader revival of popular politics.