What Next for Community Business? - The short read 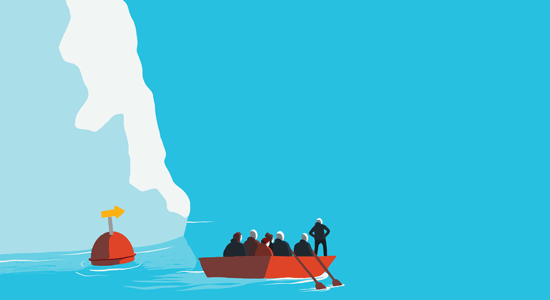 This is an abridged version of an article published in STIR Summer Issue by Mark Simmonds. Read the full version here.

This article explores the recent significant and prolonged increase in community businesses in the UK, what evolutionary pressures have created our current community business landscape in early 2021, and where we might go from here.

What next for community business?

Some of what happens next will depend on what, if anything, replaces it, but we now have a critical mass of community businesses within a wider co-operative movement and it’s time to explore some other options. What follows are some suggestions as to where we can go from here and how we might do it. To simplify the options, they have been framed around a community-owned co-operative pub.

There is precedent for this, both historical and more recent:

In the 19th century it was not unusual for the Consumer Retail Societies that dominated the UK co-operative landscape to invest in what were then known as “productive societies” rather than worker co-operatives. This is what happened in my own local Hebden Bridge Fustian Manufacturing Co-operative Society which received investment from the Co-operative Wholesale Society. There would be nothing to prevent the current retail societies investing in other co-operatives and some, indeed, have invested in new student housing co-operatives.

More recently we have examples of worker co-operatives, borrowing money in the form of loanstock from their customers. Handmade Bakery issued “bread bonds” to their customers and Unicorn Grocery in Manchester bought their premises and growing land with two loanstock issues, which allowed their customers to invest in an important community resource without the need for them to engage in the governance.

Pursuing this option just requires a knowledge of the option and a willingness of the support organisations to entertain the possibility.

There would be no problem for an existing community pub project to establish themselves as a multi-stakeholder Co-operative or Community Benefit Society of customers, workers, and community investors. It would just require careful handling with the FCA as described above.

For existing community pubs, most of whom are registered as Community Benefit Societies, there would be nothing to prevent the inclusion of staff on the Board and some already do. It might be slightly more difficult to enshrine multiple classes of member as a Rule change with the FCA, but it is often possible to implement that without changing the Rules so long as what you are doing is consistent with the existing Rules (even if not explicitly laid out). I myself have helped set up multi-stakeholder Community Benefit Societies where the member classes were defined in the share offer document rather than the Rules of the Society.

A further option would be an adaptation of the “Exit to Community” model being proposed as an alternative for platform co-operatives. In contrast to tech platform co-operatives, which need large inputs of cash to develop the product, this model gets that cash from the community rather than angel investors who traditionally recover their investment by selling the whole business.

Particularly in the context of community pubs, there is a further option that addresses one of the real benefits of community pub ownership that doesn’t seem to get much airtime. Many pubs suffer periodic changes of tenant and ownership down the years until a dodgy developer gets their hands on it with a view to change of use. The benefit of an asset-locked community organisation having ownership of the important assets in a community, such that they will be removed from the property market in perpetuity, cannot be overstated.

So can we find a way to have the benefits of community stewardship, without burning through volunteer Boards and excluding the staff from the governance? I’d like to propose a simple solution.

Many community pubs start with a ‘managed’ model, employing a manager to manage staff. The main reasons for this have been that the alternative of having a tenant is often considered a complexity too far, alongside the efforts to raise finance and start a pub business. There is also the fact that running a pub is a trade that is acceptable to HMRC when it comes to incentivising shareholder investment, whereas renting a pub to a tenant is not. As a result some pubs start off being managed; the investor members derive the benefit from the tax relief and after three years the pub moves to a tenanted model.

Why can’t that tenant be a worker co-operative of staff members? The bulk of the administration burden of the Board falls away and if the worst happens and the business fails then the community pub just has to find a new tenant. I would encourage all community owned pubs to consider this option, especially those looking to use a tenanted model.

In this case we are looking at a complete exit to a worker co-operative model from a multi-stakeholder model, rather like the exit to worker models for platform co-operatives being proposed in the United States or the model proposed in the excellent Nesta and Co-operatives UK report Solving the Capital Conundrum. The report suggests a multi-stakeholder co-operative startup with a significant investor class whose investment replaces that of venture capitalists in a typical tech startup. These supporter investors gradually withdraw their shares over time as the ‘transactional members' (the workers) invest their dividends as shares in the Co-operative Society, so the workers are gradually buying out the investors.

I think this model is particularly suited to a situation where there is not a significant asset – such as land or a building – that would be at risk if the business failed. In this case, option 3 with community stewardship may be preferred. In the event of the tenant business failing, the community asset is preserved and merely needs to find a new tenant.

Summary and next steps

We need to pilot some of these different approaches, challenge the dominant models which in many cases are a ticking governance timebomb and which fail to address the justice aspect of the new economy; and provide real agency and livelihoods to working people rather than hobbies to the retired middle class.

Community Business has come a long way in a very short time and has many ways it can evolve further. Here’s hoping that this vibrant and exciting community of practice can find ways to embrace the workers within it, create real livelihoods, and real co-operatives as part of our journey to a more just, equitable, diverse, and inclusive economy.

Mark Simmonds is a co-operative and community business advisor working across the UK as part of Co-op Culture. Mark has also been co-founder of Pennine Community Power, the Fox and Goose co-operative pub and is currently assisting his community to buy and run their local Post Office.