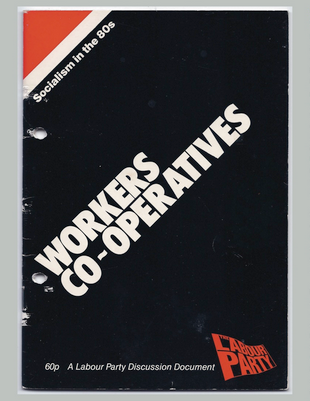 This article was first published in STIR Autumn 2019 issue. To support our journalism, purchase this issue or an annual subscription.

In June 2017 Labour’s Election Manifesto made a commitment to double the size of the co-operative economy. To implement and interpret this approach, the Co-operative Party tasked the New Economics Foundation (NEF) to provide further details in a report, which was launched in the House of Lords on 3rd July 2018 as Co-operatives Unleashed: Doubling the Size of the UK Co-operative Sector. As a follow up to the report, I was invited to be a member of Shadow Chancellor John McDonnell’s Implementation Group, which was set up to digest and respond to the NEF Report. Our recent meeting in June 2019 explored the summary proposals of the reports in two papers – Doubling the Co-operative Sector and A Co-operative Development Agency. With the support of the Sheffield Co-operative Development Group, I wrote an Implementation Group Minority Report, which I’ll outline in this article.

While not opposed in principle to these recommendations, my Implementation Group Minority Report recommends the size of the co-operative economy should be doubled on a local community basis without becoming more involved in commissioning, procurement, and market competition with the private sector for delivering public services.

Many themes throughout the NEF Report do not adequately recognise the plight of deprived and often desperate communities. For many, as shown in the Brexit vote in the European Elections, little has changed in living memory. According to researchers Stephen Thake and Simon Zadek, “Those neighbourhoods that have been dependent upon failing industrial, commercial and distribution processes have suffered terribly...The inadequacies and injustices of the decision-making machinery, tolerated or unseen in times of plenty, are exposed.”

The Minority Report, alternatively, seeks to support local communities to restore local economic democracy and revive Labour’s original shift of power to community ownership throughout the 1970s and 1980s.

Transformation of 5% of Businesses into Co-operative Ownership

Current numbers of UK co-operatives are small in comparison. ‘There are now 7,226 independent co-operatives operating across the UK, with a combined turnover of £36.1bn – up more than £800m on 2017 levels,’ according to Co-operatives UK’s 2018 Co-operative Economy report. As explained later, expanding the sector needs much more support than legislative and infrastructure changes. 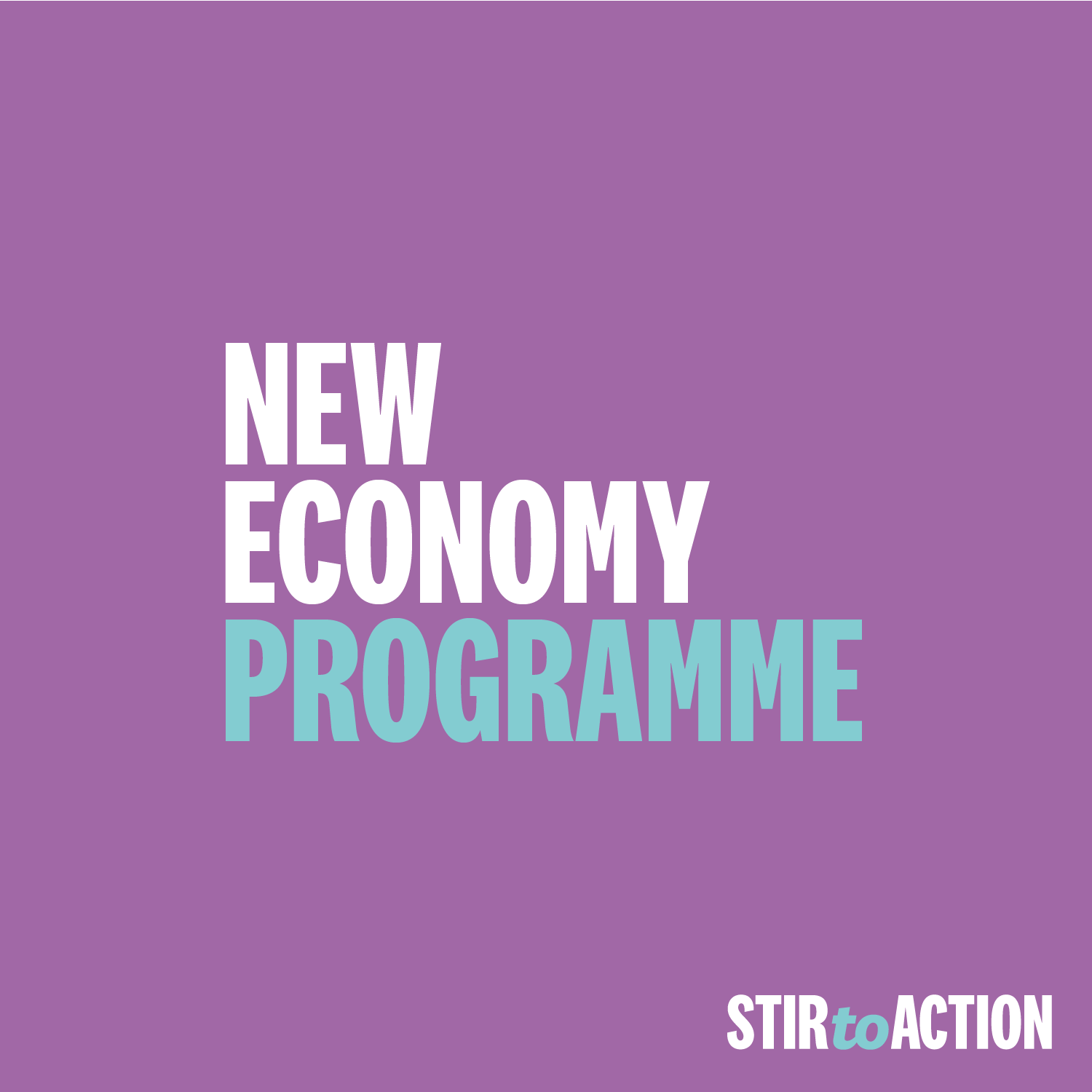 The NEF report also makes comparisons with mainland European countries, failing to recognise that many mainland European countries have a specific legal basis for co-operatives and mutuals, usually within a separate Civil Code. This is in direct contrast to the UK’s Common Law system. France, for example, is typical with its Code from Emperor Napoleon III, which lays down rights for citizens, contract, and inheritance, and includes associations, mutuals, and co-operatives under a dual legal system – Droit Public and Droit Privé.

Other mainland European countries also have extensive and distinct legal and financial mechanisms to support co-operatives, such as Spain. The Caja Laboral Popular Cooperativa de Crédito Laboral (Workers' Credit Union), for example, is a credit union established in 1959 as part of the Mondragon Corporation, with 370 branch offices, 1800 employees, and an annual revenue of more than €330m. In Italy, in 1991, Law 371 for social co-operatives was introduced, covering health care and employment training.

Whether marketised or not, based on their different legal systems and support frameworks, many mainland European countries have always had a significant portion of their agriculture, banking, health and care, and other services delivered by mutual and co-operative structures, instead of being delivered by the state. According to the European Commission in 2018, “there are 250,000 co-operatives in the European Union (EU), owned by 163M citizens (one third of the EU’s population) and employing 5.4M people.”

So it is very difficult if not impossible for the UK to import these different systems, with our different historical evolution of co-operatives, mutuals, and associations.

Though a significant proportion of UK central and local government and NHS delivery is outsourced, most of this is to the private sector. A range of government proposals encourages more delivery by the third sector, including the 2011 Open Public Services White Paper and the 2012 Public Services (Social Value) Act. Third sector organisations, including Social Enterprise UK and ncvo, now actively take the lead in outsourcing, with programmes such as Transforming Healthcare Together.

NEF’s report neglects to mention that for co-operatives and mutuals to win contracts they need to compete against the private sector, usually by cutting jobs, wages, and terms and conditions. All this takes place in the context of continuing local government funding reductions.

Public service outsourcing is influenced by Article 77 of EU Procurement Directive 2014/24/EU, which allows contracting authorities to reserve tenders for given types of organisations (such as ‘public sector mutuals’) and the award of contracts for certain services in the areas of health, social, and cultural services. Bates Wells and Braithwaite, a city law firm, give further clarification: “...it’s pretty clear that Reserved Contracts were originally designed as an early-stage ‘competition shield’ for public sector spin outs and mutuals.” The Directive offers no guarantee that this is not an interim stage to full privatisation. After three years, contracts must be reopened to full competition, with services most likely undercut by private bidders.

Over ten years, 60 local CDAs supported by local authorities triggered the creation of 1,176 co-ops that employed 6,900 people – an average of six members of staff in each co-operative. From 1972 to 1986, the Greater London Council and the Metropolitan County Councils of Greater Manchester, Merseyside, South Yorkshire, Tyne and Wear, the West Midlands, and West Yorkshire sought to develop alternative, local, social economies through CDAs. This scale of activity preserved or created well over 10,000 jobs.

My argument is that future policies for co-operatives should build on the successful ingredients of these 1970s and 1980s partnerships described above. Though not all of these structures remain intact, Co-operative Regional Partnerships (crps) formed from local councils, the wider Co-operative Movement and others should tender for delivery of Regional cda services to mirror those in the Co-operative Party’s latest Implementation Group paper. Each crp could involve Co-ops UK or its members in delivering various services on three-year contracts.

New local authority initiatives already demonstrate progress under existing legislation and powers. Preston is developing anchor supply chains. Greater Manchester has set up a Co-operatives Commission. The Mayor of Sheffield has a Co-operatives Advisory Group. Plymouth Council has a Co-operatives Strategy Group and West Midlands is currently working on its own. Much can be learned from these and similar exercises in London Boroughs.

Instead of market-based commissioning, a future Labour Government might revisit Labour’s previous Better Government for Older People programme, in which 28 sites were chosen and activities were evaluated by researchers from Warwick University.

The Scottish Government also offers the alternative approach of Public Social Partnerships (PSPs). Between 2005 and 2007, three psp pilots in Scotland were funded under the EU EQUAL Programme. In 2011 the Scottish Government funded a further ten pilots, with a detailed guide. Under the Developing Markets programme, around 40 PSPs have now been supported.

Funding for Local Economic Democracy Projects could parallel current allocations from the Department of Culture, Media and Sport (DCMS) to Big Society Capital (BSC), the Government’s social investment wholesaler. In January 2018, dcms allocated a further £280M, including £125M to BSC and £10M for the Access Foundation. These funds were derived under Labour’s 2008 Dormant Bank Accounts Act.

In 1983 the Labour Party Manifesto included proposals for a UK version of the Italian Macora Law, commitments to encourage worker co-operatives and establish a Co-operative Investment Bank, with new rights for workers to convert firms into co-operatives. Much of this had been advocated in Labour Party NEC Working Group, of which I was the Chair at the time.

In September 2001 the Labour Government set up a Social Enterprise Unit and in July 2002 introduced a Strategy for Success for social enterprise, with co-operatives only inserted through a determined intervention by Pauline Green. Despite this, in 2004 the Co-operative Movement was unable to prevent legislation for Community Interest Companies to dilute ownership and democracy.

From these two periods above, the lesson for the Co-operative Movement is it should already have reached a similar stage of preparedness as ICOM in 1976 and the Labour Party NEC Working Party in 1980 to offer detailed proposals for a draft bill and the Manifesto.

Les Huckfield has been an MP, MEP, Labour Government Minister and Member of the Labour Party National Executive Committee. He is a member of the Implementation Group set up by John McDonnell, the Shadow Chancellor, for interpreting Labour Party policy for doubling the size of the co-operative sector.