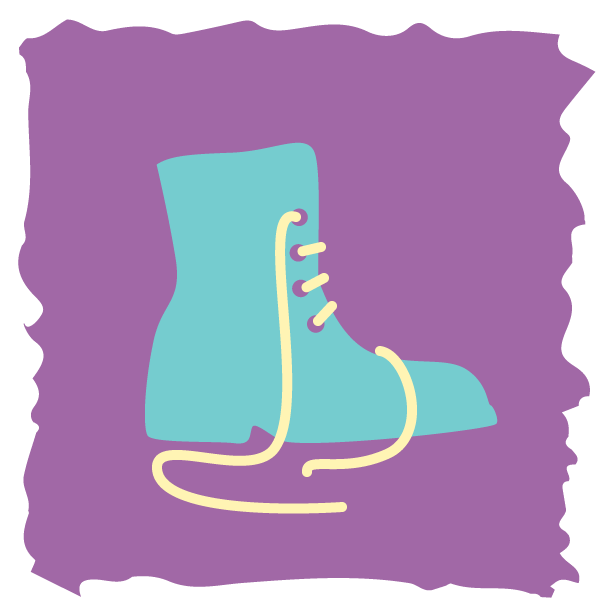 Coming soon in our New Economy Programme series is the webinar Inspiring and Authentic: Using Stories to Create Change with Sophie Yates Lu (5 December 2020 - sold out).

Sophie Yates Lu is an activist who’s been involved in grassroots organising in London and East Kent for 10 years. As a survivor of domestic and sexual violence, she uses her story to campaign, and is passionate about working with LGBTQ+ and POC survivors to support them to use storytelling in campaigning. Sophie has also worked with organisations including Campaign Bootcamp, Women’s Aid, 38 Degrees, Positive Money, Esmee Fairbairn, On Road Media, and more.

Sophie has also written for Stir Magazine. Read her article from the archive here:

This article was first published in Stir Magazine, Summer 2018 - The Problem with Storytelling. To support our journalism, purchase this issue or an annual subscription.

Think back to the biggest stories in politics and elections since 2015 – the rise of Jeremy Corbyn, Donald Trump, Brexit. What do you recall about these campaigns? What were the policies? The parties? Videos or social media posts?

According to media and communications strategists, you may remember the odd policy or tweet or sound bite, but what makes the focus of a campaign truly captivating and successful is its story. Top political advisors and campaigners such as Mark McKinnon, who was Chief Strategy and Media advisor to George W Bush, have argued that voters tend to favour the presidential candidate who comes with the best narrative. People vote, and support campaigns, causes, and charities, because of the story.

Storytelling and its popularity to affect social change is by no means a new phenomena. Political hopefuls begun to realise this in the early noughties, exemplified by the shift in narrative and focus of the last three presidents, and how they’ve infused their campaigns with more and more storytelling. In the mid-90s, Bill Clinton’s campaign narrative was all about economic growth, in the 2000s, George W. Bush’s focussed on American security, and Barack Obama’s campaign was built on the back of the story of himself, alongside a story of hope and change. Trump’s campaign focussed on the story of financially insecure, working-class Americans and used nearly twice the amount of ‘storytelling language’ of his opponents. Indeed, researcher Sarah Weber’s analysis shows the amount of storytelling language used in Donald Trump’s campaigns, up until the primary debates, was nearly 30% more than his unsuccessful opponent, Hillary Clinton.

Alongside this growth in popularity of storytelling, the amount and breadth of campaigning organisations are also on the rise. Political activism and social justice have enjoyed a boost in popularity of late, especially amongst young people, who in turn, campaigners are keen to engage. In the increasingly complex world of communications, campaigners and civil society organisations wishing to affect change are having to run multi-issue agendas, speak to a wide geographical audience, and run sophisticated media strategies.

As the popularity of online activism grows, existing civil society focussed organisations are also being challenged to constantly change and update their communications approach to make sure political tactics and communications online are keeping on top of social media trends, and to grow their member – and therefore donor – lists.

One way organisations have approached this is through the use of storytelling, which can describe and demonstrate the practical realisation of their ‘theory of change’. That is, to ask how campaigns produce successful stories that follow a concrete theory of why taking action inevitably leads to a desired result.

Good campaign stories characteristically have a sense of consistency in the narrative and language, a plot and identifiable characters, a beginning and middle to the story, to which the recipient of the story can contribute. Framing is important to understanding social movement action, but a narrative or storytelling-driven analysis focuses more on how language or rhetoric is used, and reveals the underlying “common sense” and emotional frames used in campaign messages. Political academics and influential campaigning organisations suggest that activists have been successful against better resourced and influential opponents when they “have been able to exploit popular associations of narrative with people over power, and moral urgency over technical rationality”.

“It is important to be aware when storytelling has failed, as it points to the limitations of an approach based on moral urgency and persuasion alone.“

1. An emotional identification with the issue by the story recipient, mobilising their participation.

2. A shared sense of community on the issue, building solidarity (‘people over power’).

3. Moral urgency for action (rather than technical persuasion), resolving the issue and creating social change.

Yet despite the growth in popularity in storytelling, it does not always work. Organisations rarely publicise failed campaigns, those petitions that gather under a few thousand signatures, those that do not even get past the initial email ‘ask’. GetUp’s climate change storytelling, for example, failed despite their own storytelling criteria. Part of this was the choice of framing and narrative: they used partisan, adversarial tactics and language centred around an already polarised issue. This was particularly the case as the oppositional counter-movement successfully reframed climate change as solely an economic issue, focussing on the price of change rather than the change itself. This story defeated GetUp’s story and framing around morals, and their campaign ultimately failed. It is important to be aware when storytelling has failed, as it points to the limitations of an approach based on moral urgency and persuasion alone. What was made clear by this story is that what can be termed as technical persuasion and economic reality still matter for both mobilisation and political change.

There are countless examples of campaigns that have done this well, including the movement and resulting campaigns in the wake of #MeToo, the campaign to end the tampon tax, the campaign around the Grenfell Tower tragedy, and Change.org’s campaign to free Nazanin Zaghari-Ratcliffe, a charity worker who has been detained in Iran since 2016. All of these campaigns used the four steps outlined above and, importantly, had a narrative that was both consistent and developed as the campaign went on.

Despite storytelling not always leading campaigners down the road to a win, successful online campaigning organisations are now prioritising storytelling in their campaigns, using it to build their own story as an organisation, and to communicate often complex campaign and to differentiate from ‘politics as usual.’ Harvard academic and organising guru Marshall Ganz’s ideas on the practice of storytelling underpin the philosophy of increasing numbers of online activists. Storytelling is a key part of the ‘theory of change’ of major campaigning organisations such as Change.org, avaaz, Get Up, SumOfUs, 350.org and so on. Storytelling isn’t just for the large ngos though, with growing number of grassroots groups and smaller organisations making it key to their messaging. Positive Money, for example, trains local group leaders in Ganz’s ‘Story of Self’ so that they can talk about reform of the money and banking system in a way that is relatable and digestible by the general public.

Budding campaigners and activists now often need training to be able to carry out effective storytelling in campaigning. At Campaign Bootcamp, which trains budding campaigners and activists, storytelling is a key part of the curriculum. Bootcamp was set up in 2012 by a team who recognised that the third sector was (and still is) woefully unrepresentative, lacked diversity, and crucially, was rarely led by people with lived experience of what they were campaigning for.

This is where storytelling comes in.‍

The problems around storytelling often reach beyond how it’s done, but it’s also about who the storytellers are themselves. Bootcamp’s Chief Executive Johnny Chatterton asks, “How can you tackle justice and inequality if you have no experience of it?... The best people to push for change are those with direct experience. We set up Bootcamp to try to bridge that gap.”

Campaign Bootcamp was formed to make sure that the opportunity to be a campaigner – a storyteller – is open to a wide range of people, including people who are directly impacted by the campaign issues. Bootcamp provides trainings to equip budding campaigners, including grassroots activists, with the technical knowledge and campaign skills they need to implement change within their communities and organisations, actively supporting people who are not always represented in the campaign sector, particularly women, people with disabilities, and people of marginalised cultures, faiths, and ethnicities.

Built into Bootcamp’s curriculum around storytelling is self-care and boundaries. From stories Bootcampers have told about their engagement with the media, civil society organisations, people online, and even people in the streets, storytelling focussed on the individual has often had a negative impact on that person. One Bootcamper talked of how she felt used by organisations that used her story in their campaigns, and how tight deadlines and a lack of empathy meant she felt her story was constantly squeezed out of her for the benefit of the organisation, with little follow-up or empathy from the people who had needed her story. Campaigners with lived experience are also often pressured for sensationalised sob stories, although there are organisations who are working to improve this, such as On Road Media, a charity that tackles social problems by improving media coverage of misrepresented groups and issues.

Organisations need to be more aware of how they engage with people with lived experience of things like poverty, sexual and domestic violence, or workplace abuse and harassment. Bootcamp encourages campaigners to take steps to not only care for themselves, but to avoid exploitation by campaigning organisations and the media, and to consider personal risk and safety before anything else. As we have seen from Bootcamper’s experiences, too often this is not focussed on, even by major charities and campaigns organisations.

Storytelling is one of the most powerful tools that campaigners, activists, organisers, movement builders can use.‍

But the next time you’re telling such a story ask yourself, Who is telling it? Who is it about? Who actually understands the reality of the story? And ultimately, who should the story be about? ∞